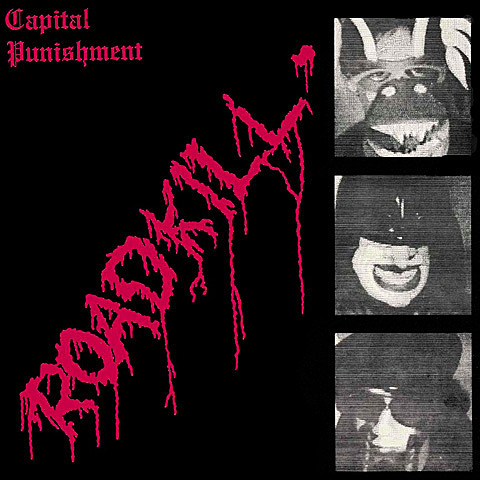 When in high school in New York, Ben Stiller and a couple of his friends formed a "ridiculously weird band" called Capital Punishment. Ben played drums and said on Howard Stern, "We were listening to a lot of Bowie and Eno...we recorded an album. It's not great but some songs were okay." That Capital Punishment album, 1982's Roadkill, was self-released but is being reissued by Captured Tracks this fall. Ben told Howard:

What happened was some outsider music label, which I didn't know those existed, but people who are just into weird music; I guess it's been found and they asked us if they could re-release it. They're called Captured Tracks. They're a real company.

You can stream a few tracks below and the Bowie/Eno influence can definitely be heard. (It's actually pretty good.) Frontman Kriss Roebling ("the one with the talent" says Stiller) shared a little info on the album's creation:

Emboldened by an intensive audio engineering tutorial that I had recently taken, we submerged ourselves in all of this amazing analog studio gadgetry, and often wrote whole songs around the capabilities of a specific piece of gear. This endless world of sonic potential felt like it had opened up to us, and we used this experience to get our freak on in a big way. To hell with tuning the instruments, or singing in key, there are amazing soundscapes to make!!

Anyway, after we finished the album, we named it Roadkill, pressed it and sold it on consignment to numerous mom and pop record stores around New York, which I suppose is how some copies found their way to listeners who enjoyed it so many years later.

Ben also talked a bit about Capital Punishment with Jimmy Fallon on The Tonight Show and you can watch that interview below...