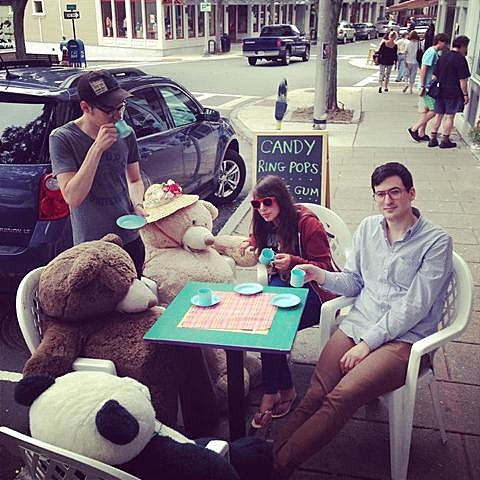 As mentioned, Boston trio Bent Shapes are set to release their terrific debut album, Feels Weird, on August 20 via Father/Daughter. While most of the record is pretty scrappy, the band do have a dreamy/introspective side, too, which can be heard on the LP's new single, "Hex Maneuvers." You can stream that below.

The band will be in NYC later this month for a record release show at Cake Shop on August 24 with killer support from Two Inch Astronaut, Butter the Children, and Gross Relations; and are also playing Silent Barn on August 29 with Shark? and The Doubts.

If you can't make those shows, or you want to see them again, Bent Shapes are now playing the final installment of my Sound Bites Series at South Street Seaport on Sunday, August 25. (Leapling dropped off the bill.) It happens on the Front/Row stage at the corner of Fulton and Front streets right by Smorgasbar. I DJ starting around 3 PM and the band plays at 4 PM sharp. Free.

This Sunday's (8/18) Sound Bites show is with Radical Dads and do come out for that one too. All Bent Shapes tour dates are listed, along with track streams from the album, below...