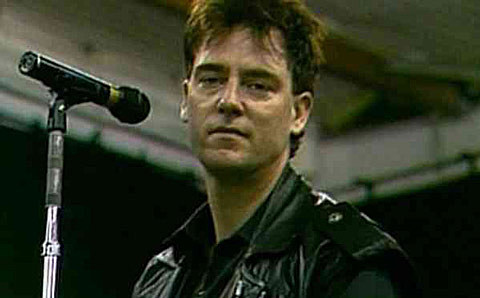 Bernard "Doc" Neeson of the Australian rock group The Angels has died following a 17 month long battle with a brain tumor. He was 67.

The Angels -- known as Angel City in America -- never quite crossed over to the worldwide market, but built a large Australian fanbase thanks to their energetic, rootsy rock that balanced a harder edge with earworm melodies. After a successful stint supporting AC/DC in the mid '70s, the band found Australian chart success with 1976's "Am I Ever Gonna See Your Face Again?" The song would become something of an anthem for the group, due in large part to the accompanying audience participation. The call of "Am I ever gonna see your face again?" prompted the crowd response of "No way! Get fucked! Fuck off!" But they were more than just a gimmick. Over a series of successful albums, the group displayed a wit and dexterity that moved them past other rockers of the pub variety.

The Belfast transplant Doc Neeson began as the band's bassist and eventually moved to full-time singer duties. He was known for his energetic live performances and his canny reads of catchy hooks. His voice had elasticity, able to nail both a croon and a razor-throat wail.

While American success escaped the Angels, they still made some waves in the US music scene. Guns n' Roses were known to cover "Marseilles" in concert and Great White took a stab at "Face the Day."

RIP, Doc. You can stream some representative singles from the Angels -- including a particularly spirited version of "Am I Ever Gonna See Your Face Again?" -- below...