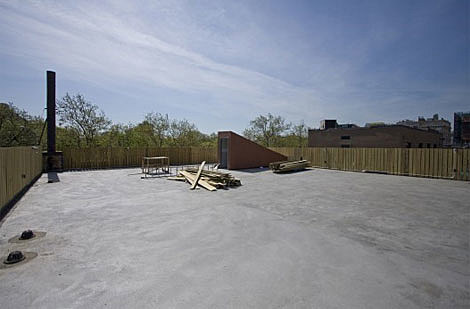 Eater reported at the end of March:

"Berry Park [is] a new bar/restaurant/roof deck opening at 4 Berry St. in the next couple of months. One of the owners tells us they plan to open by May 1 and that they will have a large selection of European beers with an emphasis on their German selection and will serve "beer infused menu items." The lower level is 35,000 sq. ft. but the big focus here will be the 3,000 sq. ft. roof.

That story was updated on May 5th. Eater says:

'the giant bar/restaurant/music venue/roof deck Berry Park on 4 Berry Street in Williamsburg is slowly chugging along. The roof fencing is in, and they're building out the bar and tables right now. They're shooting for May, but June sounds more likely."

They better be open by June 13th because that's when Sound Fix is presenting a showcase there for the Northside Festival.