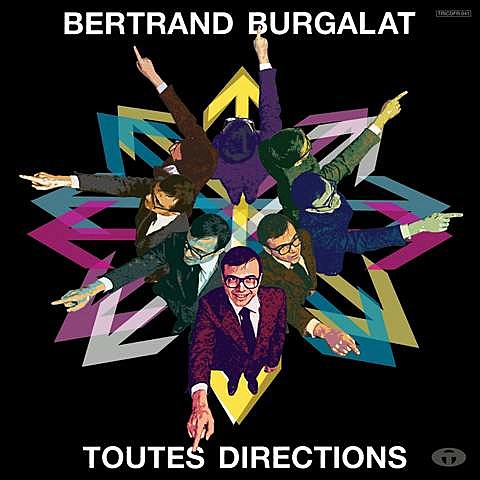 Among the surprises in the 2012 CMJ line-up is French electronic artist Bertrand Burgalat who hasn't played NYC in ten years. While specifics aren't available yet, he does list October 16 on his tour schedule for NYC. Hopefully he'll play a couple shows while here.

Burgulat, who's playing Pop Montreal this weekend, has been making records since the late '90s when he started Tricatel, one of the labels associated with retro-future chic scene that also spawned Air among others. His 2000 album, The Sssound of Mmmusic, is an early-'00s classic (listen via Spotify) and he's continued to make groovy records since, including 2007's Cheri B.B. that featured the great Robert Wyatt collaboration, "This Summer Night," and this year's Toutes Directions which is another classy serving of Burgalat's well-honed élan. You can stream it too, like most of his albums, at Spotify.

Below are a few Bertand Burgalat videos and all listed tour dates.