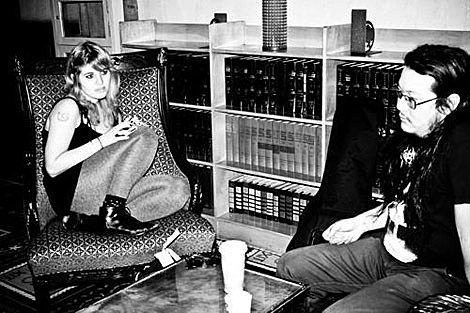 This week is extra-packed with musical goodness, so I'm breaking up TWII into two parts. Here's your mid-week edition.

Best Coast are here, playing Knitting Factory tonight (4/6) and Mercury Lounge tomorrow (4/7). Initially a solo project for onetime Pocahaunted singer Bethany Cosentino, Best Coast is now a collaboration with producer/guitarist Bob Bruno. Bethany is a talented songwriter with an amazing voice that has a Linda Ronstadt quality to it (maybe even a little Loretta Lynn in there). It's unfortunately buried under a spill reverb and low fi sludge on her first couple singles. That they were still worked is a testament to the songs, I think. But both sides of Best Coast's latest 7", on the Black Iris label, are knockouts, somewhere between the Everly Brothers and '60s girl groups. Sonically, it hits that Goldilocks sweet spot of sounding produced but not slick in any way. You can download the b-side, "This is Real," at the top of this post.

Live there's even less reverb than the recordings (or at least there was both times I saw them at SXSW) and you're really hit with the songs and that voice. Ali Koehler, on loan from Vivian Girls, will be on the drumkit (they had a dude playing drums in Texas) and The Bitters (member of Fucked Up) open both shows, with The Babies also playing tonight (which means at least 2/3 of the Vivian Girls perform at the show tonight).

As previously reported, Darwin Deez's show tonight has been relocated from Market Hotel to new DIY space Party Expo (929 Broadway, the Myrtle stop on the JMZ), which seems appropriate in this case as it's his birthday. I'll be the first to say Darwin looks kinda like a hipster dufus, but there's no denying he's a talented guy and I think his self-titled album, out May 10, is pretty great. And despite his look, his music is not some '80s throwback. He's carved out a very distinct sound for himself, staccato guitar pop with thoughtful lyrics and Darwin's warm voice smoothing things out. It's pretty charming stuff. 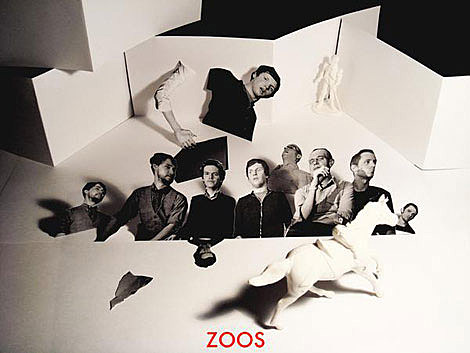 Zoos of Berlin are back in town and were scheduled to play Market Hotel on Wednesday (4/7) and that has since been relocated to Shea Stadium.  I've written about them before, and I really urge you to check them out. Nobody else sounds like them, a regal mix of Bowie's Berlin period and Steely Dan funk. No really. They're pretty awesome. ZoB have brought fellow Detroiters Child Bite (kinda punk, kinda jazz) with them. The two bands are on tour together and all remaining dates are at the bottom of this post. The Shea Stadium show also features Electric Tickle Machine, who are better than their name might suggest.

A couple more Wednesday, 4/7, picks. At Cake Shop, there's a good line-up of Florida's Tough Knuckles, local '90s throwbacks Mr. Dream and South Korea's 10 (with help from Brown Wing Overdrive), plus Effing and Your Youth. Check out the rockin' MP3 of Mr. Dream's "Knuckle Sandwich" at the top of this post.

And one last chance to catch Irish indie poppers So Cow, playing at Death by Audio with The Babies, Surprisers and San Diego's Sunday Times.

Look for the weekend edition of TWII on Thursday. Till then, there's tour dates, flyers and videos after the jump. 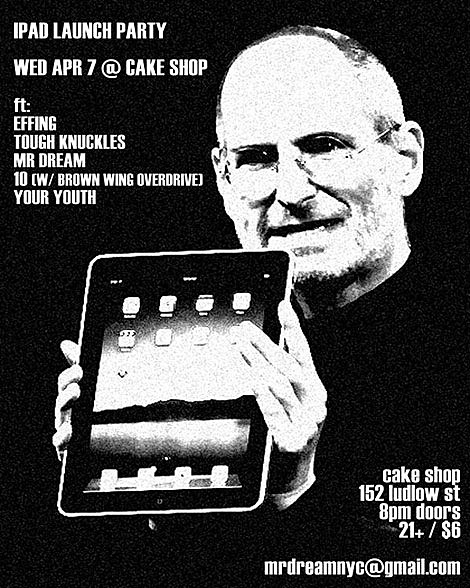 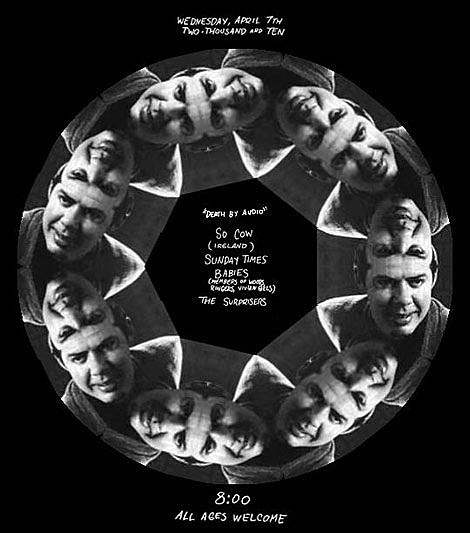