Best Coast 'Crazy for You' & WAVVES 'King of the Beach' 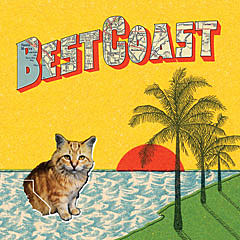 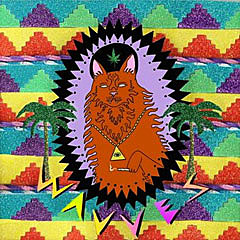 Newly christened indie power couple, WAVVES and Best Coast both have new music and plenty of shows planned for summer 2010.

Best Coast's debut, Crazy For You, comes out July 27th on Mexican Summer, while WAVVES' new album, King of the Beach, is out August 3rd on Fat Possum (and on Bella Union in the UK). The song "Post Acid" from WAVVES' new one was released as a free single by Mountain Dew's Green Label Sound.

Both bands are playing NXNE in Toronto this week (June 16-19th) and have NYC shows coming up. WAVVES' upcoming gigs include a show on June 24th at Knitting Factory - it's for Northside Fest and the openers are Cloud Nothings and DOM. Tickets are still on sale.

Best Coast will go a US & Canada tour with Male Bonding in September. That includes a September 29th show at Bowery Ballroom and a September 30th show at Music Hall Of Williamsburg. Ticket info to come on those. All dates below.

Male Bonding will be in NYC much sooner, for a Saturday, June 26th show with Cults and Titus Andronicus, also part of the Northside Festival.

WAVVES just put out a behind-the-scene video of his album recording process (lots of weed, basketball and some music too). That, all tour dates and album tracklists (and a Best Coast interview recorded in Paris) are all below...

Unlike Wavves' previously released material, recorded in haphazard bursts on Williams' laptop, King of the Beach was toiled over for three months at Sweet Tea Recording, a world-renown studio in Oxford, Mississippi. Sweet Tea is also the home of Dennis Herring, producer of the last two Modest Mouse albums, and the man who dismantled and re-assembled the sound on this record.

All the rumors are true: Herring is a studio perfectionist. Williams is not. "There were some definite 'I want to wring you neck'-type moments," Williams says of the sessions, but he also understood that, with the resources he had available to him, he'd be stupid not to make the album sound exactly how he wanted it. "When you're not watering it down with a load of shit and reverb, it's a lot harder to make a record, because you know every part is going to be heard perfectly. You can't half-ass anything," says Williams. "A lot more effort went into this than with previous Wavves records."

Another marked difference in the making of King of the Beach was that Williams wrote and recorded two songs with bassist Stephen Pope and drummer Billy Hayes, the duo who became his touring band at the end of 2009. Pope and Hayes formerly backed recently departed garage rock force of nature Jay Reatard. Williams met the two after his infamously disastrous performance at the Primavera Sound Festival in Spain. "I think we all agree that they squeegeed me up, because I melted down." says Williams.

Though there is a confidence in the scope of the album-from the title track's denim on sand anthem-baiting to the tweaked pop of "Convertable Balloon" to the unabashed prettiness of "When Will You Come"-Williams' usual lyrical themes of self-loathing are still impossible to ignore. "I think everybody feels that way sometimes. I know everybody feels that way sometimes. You're a fucking liar if you don't," says Williams. "It wouldn't make sense if I'm feeling a certain way to not write about it. There are songs about hating myself, but there are also songs about driving in a car with a balloon and playing Nintendo too."

Bonus Track (CD and Digital Only): "When I'm With You"

Mexican Summer are elated to announce their latest artist and full length release from California's Bethany Cosentino and Bobb Bruno, aka Best Coast. Rolling out on July 27th, Crazy For You is a 12-track, twenty-nine minute collection of genuinely romantic sandy jams. Hazy, dreamy and genre-defining, Crazy For You proves that the impressive amount of press hype for Best Coast is more than warranted, especially coming off of her previous sold out singles on Group Tightener, Atelier Cuseaux, Art Fag, Black Iris, PPM and Eskuche.

The band's much-awaited debut album was recorded at Black Iris, a studio in LA's Echo Park neighborhood, by Lewis Pesacov of the bands Fool's Gold and Foreign Born. The result is a collection of maudlin and magical songs that approach relationships with a pure heart, a cloudy mind and pair of gas station sunglasses.