the 11th in a series where we asked comedians to tell us what was good this year.... 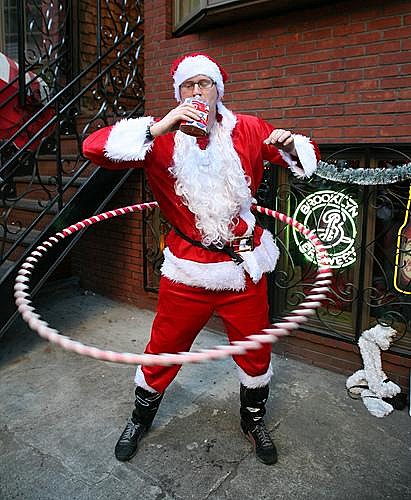 Kurt Braunohler is one of the greatest, though sadly lesser-known, comedians in this city. His super-human comedic abilities cover everything from improv to stand-up to teaching to hosting to acting to being in videos. His first project was called Kurtbot which featured street comedy sketches and a website that delivered them to the masses. He then got involved in a street theater project called Chenguin. Following that, his work with Neutrino Video Projects got substantial acclaim and ended up traveling to the HBO US Comedy Arts Festival in Aspen, as well as to the Edinburgh Theater Festival in Scotland. These days he is better known as the co-host of the Hot Tub Variety Show with Kristen Schaal and co-star of the series Penelope Princess of Pets, also with Schaal. He also teaches classes at The Pit. And the stand-up I've seen him do lately is some of the funniest stuff I've seen in ages. Simply put, he's one of my favorite comedians around. Here's what he was into in '07 - Klaus

Of Montreal - Hissing Fauna, Are You the Destroyer? - A highlight of my summer was driving into Montreal for the first time ever blasting this album (I know they're from Georgia, but still.) Every song on this album, I love.

Tegan and Sara, The Con - This year, I spent some time in a city that demands you sit in a car for long periods of time every day (it rhymes with "Smell-A.") I would have murdered many more people if not for this album. 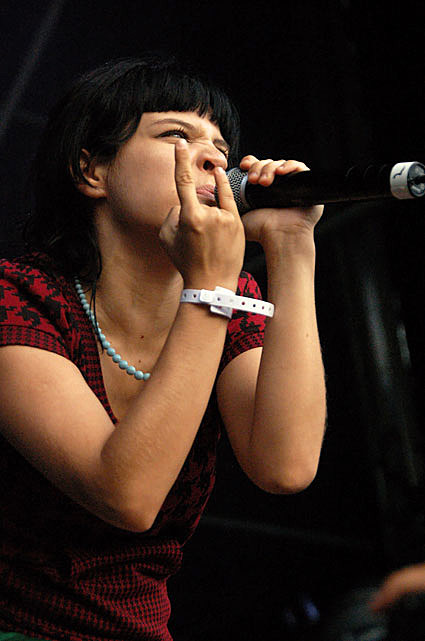 Bonde Do Role, With Lasers - Bonde Do Role is the best Brazilian band that is into cock fighting. I saw them play at the Museum of Natural History underneath a giant metal sphere. It was magic.

The Thermals, "Pillar of Salt (Single)" - I know this album came out in 2006 – but the single came out in 2007 so I get to include it. This song was my anthem for the entire drunken summer. The Thermals are a rare band that can make riding the train seem like the most emotionally charged act you've done in decades.

Matt and Kim, S/T - I'm still kicking myself for missing their homecoming show at Studio B.

The Teeth - Mercury Lounge, 12/01/07 - I saw The Teeth without knowing much about them. I had been away from NYC for a bit and it was so nice to be able to go out, get a drink, and then just stop by the show. It was their first time headlining in NYC, and the music was inspiring and the crowd was as excited as they were. Thank you, The Teeth. Thank you, NYC.

New Pornographers - "Mutiny, I Promise You" - I've always liked the NPs, but I like this song especially because we just shot a music video for it with the band. I can't give anything away except that it features Japanese Post-Office Unicorns.

Sons and Daughters, This Gift - Technically, this album doesn't come out until next year, but I've been listening to it for a few months and it fucking rocks.

Battles with Deerhunter at Southstreet Seaport, 8/31/07 - While I watched this mind-blowing, free show, I looked out upon downtown Manhattan, then Brooklyn, then the crowd, and thought "This is the best fucking city in the world."