the third in a series where we asked comedians to tell us what was good this year.... 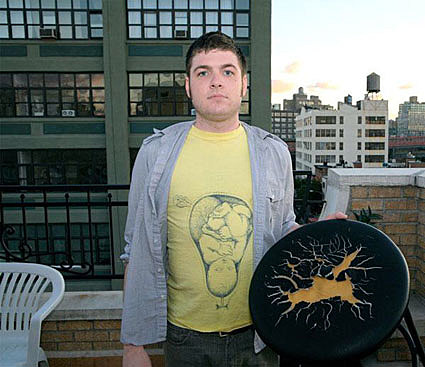 Max Silvestri is a young and stupidly talented Brooklyn-based comedian whom I adore. He hosts a show at Rififi the second Sunday of every month called I Like Attention. Each installment features a different co-host and a truly stupendous line-up of comedians (for example). You may also know Max as the co-star of Gabe & Max's Internet Thing, and as one of the hosts of Best Night Ever over at VH1's BestWeekEver.tv. Here's Max's list of the best music to come out of 2007. - klaus 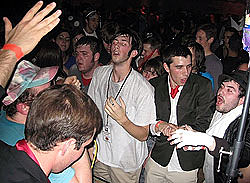 I was sort of lazy about listening to new albums this year, but here is a bunch of stuff I got all obsessed with. Know that if it seems weird that I left something off this list, it's not because I just didn't get a chance to listen to the record but because I think the band and all its fans are stupid and gay. (jk lol)

Dan Deacon, Spiderman of the Rings - Maybe the most fun live show I've ever been to? I was up against his table at Judson Church and danced my stupid head off. There were photos online from the show and I look like someone had just dumped a huge bucket ofsweat and dumb facial expressions all over me. I DANCE WEIRD but that is how good Dan Deacon is. Total spaz.

LCD Soundsystem, Sound of Silver - They stole the show at Randall's Island. I kinda look like James Murphy from far away so it was like dancing to myself. Also, my roommate was in the video for "Someone Great" and looked very pretty so give it up for her and that. But mostly the album is amazing.

Gogol Bordello, Super Taranta! - It's very rarely that I hear an album that *actually* makes me wish I'd gone into the rock star business, but this is one of them. It helps that I really like vodka and marinated herring.

Arcade Fire, Neon Bible - As a comedian, I am constantly wrapped in a blanket of irony and trying to avoid sincerity at all costs. Not really, but it is surprising to me how much My Body Is A Cage gives me chills every time I hear it. Their show at United Palace (the one where everybody got on the stage, Stooges-style) was really, really tremendous. 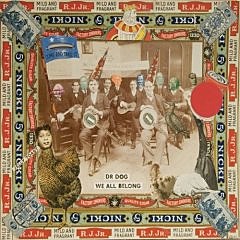 Dr. Dog, We All Belong - Speaking of sincerity, these guys just enjoy making music so much and with so little irony that it is impossible not to be infected by it when you see them live. They are like if The Band had liked playing soccer and grilling instead of doing drugs and being difficult.

Of Montreal, Hissing Fauna, Are You The Destroyer - Their songs have that weird thing where it seems like you've heard them before, but you haven't. And I have no problem with them endorsing Outback Steakhouse. I love Outback Steakhouse. I guess what I'm saying is I will take money from any restaurant. Thanks in advance.

Justice, Stupid Symbol - This is the kind of album that makes me wish like there was a lot more music exactly like it, but there isn't. And they almost managed to make Terminal 5 not the most irritating place ever.

The National, Boxer - This record is mostly perfect. 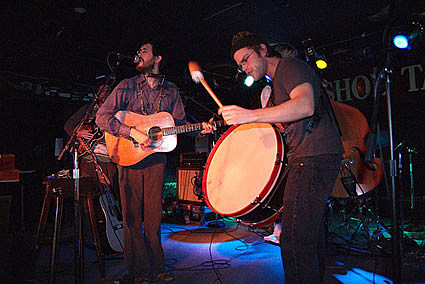 Elvis Perkins, Ash Wednesday - Somehow this is both the prettiest and saddest record to (technically) come out this year, yet it's ridiculous how wild and raucous their live shows have become. They are like Cuban mental patients who escaped to record American roots and pop music or something. (I am great at similes.)

Daft Punk, Alive 2007 - OK, so maybe this is just a live album mostly remixing old stuff, but the show at Keyspan Park was the greatest single night of music ever. 8/9/07 Never Forget. It is our generation's Berlin-Wall-coming-down.

The Shivers, Beauty - What a very good song.

Fat Joe, Make It Rain (Remix) - So this song came out last year, but the remix is technically 07 and still the best track ever. I live my life by what R Kelly says: "I order one bottle, then I fuck with one model. Now I order more bottles, now I got more models." So true, Kells. 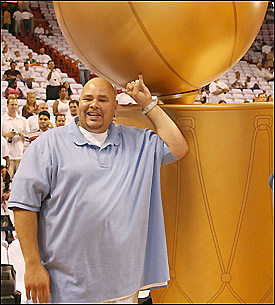 The Next Installment of Max Silvestri's 'I Like Attention' will take place at Rififi in NYC on Sunday 12/9/07 with co-host Jenny Slate. Also on the bill are Cracked Out, Lang Fisher, Jon Friedman, Aubrey Tennant, and more.