the fourth in a series where we asked comedians to tell us what was good this year....

Paul Scheer is an American actor. He currently can be seen on MTV's newest comedy show, "Human Giant" which he created and stars in along with Aziz Ansari, Rob Huebel, and Jason Woliner. He is a regular on VH1’s Best Week Ever and his films include School for Scoundrels with Billy Bob Thornton, the upcoming Sean William Scott comedy Trainwreck, Watching the Detectives with Cillian Murphy, The Onion Movie, and the 2004 SXSW Audience Award Winner Blackballed: The Bobby Dukes Story. He recently appeared with Jeff Goldblum in the Frank Darabont-directed NBC drama Raines. -Wikipedia

1.) National, "Boxer"
This album really snuck up on me. At first I was like, "Ah..whatever", then I was like, "Holy Shit, these guys are geniuses!"

2.) Kanye West "Graduation"
I probably listened to Kanye more thn the National but I just wanted to put him as my number 2 to piss him off, he's funny when he's angry.

4.) The Arcade Fire, "Neon Bible"
It's downright unamerican not to mention this Canadian band as one of your favorite albums of the year. I love their beards.

5.) Black Lips, "Good Bad Not Evil"
Great album. I saw them live this year, I was disappointed when they didn't literally burn Bowery Ballroom to the ground. I thought they were showmen. 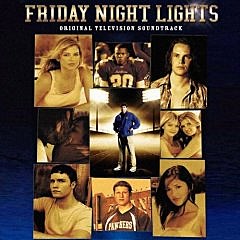 6.) LCD Soundsystem, "Sound of Silver"
Aziz and Rob got me into this album. I'm hooked.

7.) The White Stripes, "Icky Thump"
People were mixed but this is the type of White Stripes album I like, it's really rough around the edges and I can listen to it anytime.

9.) Various Artists, "Friday Night Lights: TV Soundtrack"
I'm obsessed with this show and this album is actually really good. They have a ton of local Austin bands on it and now I'm a big fan of "Explosions in the Sky" and "Jose Gonzales."

10.) The Pipettes, "We are the Pipettes"
It's like the real life version of Josie and the Pussycats but British! 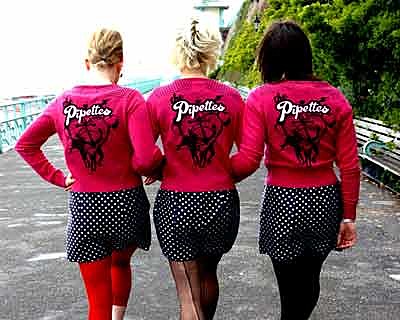 Season 2 of Human Giant premieres March 4th on MTV. Season one comes out on DVD the same day.