the fifth in a series where we asked comedians to tell us what was good this year.... 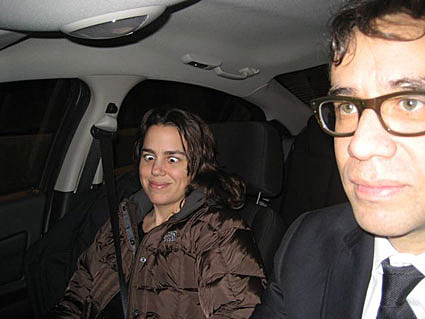 Because the man does so damned much, Fred Armisen is one of the hardest individuals to sum up in a pre-list blurb. He's 50% of ThunderAnt (the other 50% is Carrie Brownstein of Sleater Kinney). He just released a DVD called Jens Hannemann: Complicated Drumming Technique. He has also been doing some live gigs. And in addition to being a senior member of SNL, Fred's mug can be seen in scads of movies and TV shows (check out his resume on IMDB). Being equal parts artist and entertainer, he's absolutely one of my favorite people in entertainment and I am triple-dog-delighted he took the time out to share with BV the things he enjoyed in 2007 - Klaus

10 things I bought/got/looked at this year that I love.

Paul McCartney, The McCartney Years DVD - It has live McCartney footage from 1976 that is amazing. He plays these really busy bass lines and sings at the same time effortlessly. I don't know how someone is able to do that so well. And I love that lefty Rickenbacker!

Petra Haden, Don't Stop Believin' - This is on a compilation album called Guilt By Association that came out this year. Her voice is just the greatest ever and the guitar solo part kills me. She's working on an acappella version of movie soundtracks right now that is unbelievable.

The Apple iPhone - It makes me feel like I am finally in the future. When I was a kid, this is what I imagined I'd be using in the 2000's. If you tap a business name into the map application, it finds it for you AND gives you the phone number AND gives you directions INCLUDING how to avoid traffic at that precise moment. I mean, are you kidding me? Thank you inventors who work at Apple! 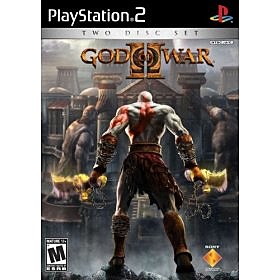 God Of War 2 for Playstation - It's more complex than the first one but also more difficult. I liked it a lot, but couldn't finish it past the flying horse fights.

Steve Martin, Born Standing Up: A Comic's Life - Mr. Martin writes about the part of his life when he was a stand up comedian. His focus on working on every detail of his act is fascinating. At age fifteen he was already giving himself notes in a notebook. "Relax. Don't shake."

dlisted.com - This celebrity gossip site seriously makes me laugh out loud. The guy who writes this is SO funny! I look at this probably ten times a day. I was going to quote some of his stuff but I say just go to it and read it. 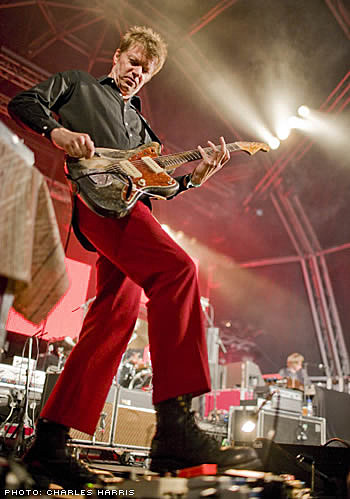 Nels Cline, guitar player for Wilco - I love Wilco and saw them play at this huge outdoor venue this summer. I couldn't believe how great he was. He did these solos that made me think "can we give this guy an award? Let's call it the 'What a Great Guitar Player That Does Crazy Kind of Noisy Solos' award".

Human Giant, MTV - Oh my god the episode when they do that Criss Angel Mindfreak thing? And the "Let's Go!" guys?

Joe Strummer - The Future is Unwritten - I just saw this documentary a few days ago. Wonderful footage of Topper Headon. (see it)

SONG Unknown, artist unknown too - I am not trying to be cute about this. I seriously heard the coolest song at a NYC Pinkberry a month ago. It had a slow swing-y beat (the feel is almost like the Sesame Street theme). A guy raps for the verses and the chorus is someone whistling this catchy melody. The employees said that they didn't know what it was and said they weren't able look it up. I think that's a lie and they just didn't feel like going to the back. I'll never forget how good that song is. If anyone knows what this song might be, please tell me. 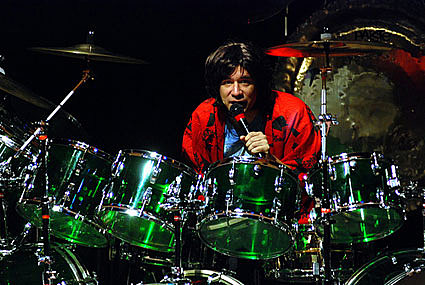