the ninth in a series where we asked comedians to tell us what was good this year.... 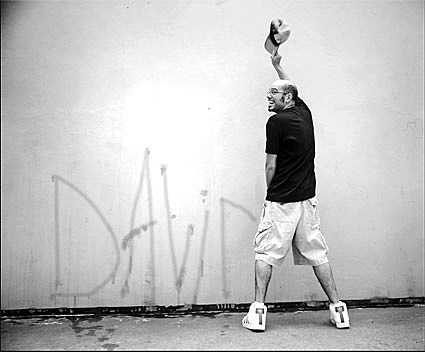 David Cross is absolutely, 100%, the sole reason I got interested in comedy and, like many people, it all started with Mr. Show. As far as stand-up is concerned, from a young age I thought it was the trade of coked-out hockey-haired douche bags wearing bolo ties. Then I saw his stand-up special The Pride is Back, and I got a fresh new perspective on what stand-up should be. From there I was introduced to comedians like Bill Hicks, Patton Oswalt, Janeane Garofalo, Doug Benson, Paul F. Tompkins, and many others. Just becoming a fan of this one comedian led me to be a more proactive seeker of good comedy. I'm not a comedian, but this man has influenced my taste more than anyone. He acts, does voice work, writes, and is one of the greatest stand-up talents of all time. I couldn't be more thrilled that he took the time out to tell us what he was into in 2007. - Klaus

Top Ten list for Brooklynvegan that has very little to do with music because, let’s be honest, who cares what I think really? 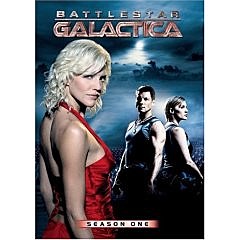 Battlestar Gallactica - Several months ago Patton Oswalt was nice enough to spend some of his Balls of Fury money and sent me the entire first season of BG with a note telling me to watch it because it was one of the best shows on TV. I didn’t believe him. And because I’m not really much of a sci-fi fan it stayed in the shrink-wrap until I got really sick and laid up for about a week. After exhausting my supply of unwatched dvd’s I looked over at the BG set and in my Nyquil haze opened them and popped the pilot in. After about five minutes I was hooked. Great stories, great casting and acting and surprisingly subversive. When I was done with Season One, I got up, and with a fever and pounding headache, crawled down to the video store to BUY Season 2 and 2.5. I highly recommend it. And it is only tangentially “sci-fi” so don’t worry about it being too nerdy.

The God Delusion / Breaking The Spell / Misquoting Jesus - Three very different but all excellent books dealing with religion and its origins, possible causes, effects, history and perversions. Each author approaches their subject with varying degrees of reverence and understanding, from cutting, cynical opinion (The God Delusion) to purely dry, historical fact (Misquoting Jesus). They are all fascinating and enlightening.

Garth Marenghi’s Dark Place - This is a British show that is another in a long, probably never ending line, of smart, funny, innovative comedies. The pretense is that it is an old sci-fi show from the early 80’s that is only now being released. It’s really funny on a number of different levels. Seek it out and see it now before you can’t.

Scuba Diving - I got certified this year and have been on six dives now. It’s probably the closest one can come to the experience of space travel without actually going into space, which would be infinitely harder and more expensive. It’s so fucking beautiful and otherworldly down there. It’s very easy to dive, as well as get licensed. And it's the only place left where we're still safe (so far) from the terrorists! 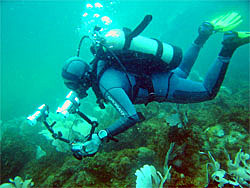 Soulja Boy, "Crank Dat" - I fucking love it! Not the song, but the fact that this Grammy nominated piece of shit is a full fledged phenomenon sung and emulated by children and pre-teens all across America. Why? Because it advocates cumming on a “ho’s” back and then putting the bed sheet on her so that when it dries it resembles a cape. And for extra giggles look up "supersoak" in the urban dictionary. You go (eight year old) girl!! Almost as great as middle aged white people gleefully singing a song celebrating a place to go for anonymous gay sex during the 7th inning stretch at Yankee stadium.

The New Pornographers – Challengers - My vote for their best album to date. Does my vote count? Where’s my polling station? This is bullshit!

Rock Band - Come on. This one should be self-explanatory. I can’t play any instruments, but now, thanks to technology, I can play all instruments!

"Smell Yo’ Dick" - Riskay featuring Aviance & Real Produced by DJ Quest. If you haven’t heard this song yet please go to YouTube and look it up. The first couple of lines are:

why you coming home
5 in the morn'
something's going on
Can I smell yo dick?

Hell Date - This is a “prank” dating show on BET and it’s always (always!) funny. The actors on it are fucking brilliant. The premise is simple; one person thinks they are going on a real reality blind date with a stranger except that stranger is a highly skilled improv actor. Both genders are victimized and almost 100% of the time if a guy is being pranked he will sit and take the increasingly outlandish, sometimes dangerous behaviour because of course he wants to get laid. And if it’s a woman she will lose patience and call the guy on his shit almost immediately. There was one woman (victim) who threatened to cut a guy if he continued his flirting. She was serious.

The Daft Punk show earlier this summer…or so I’ve heard. 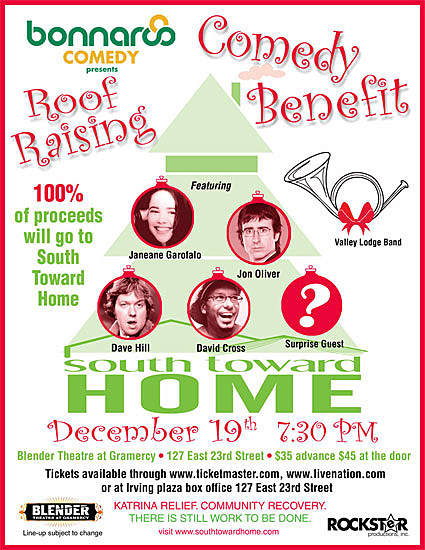