the first in a series where we asked comedians to tell us what was good this year.... 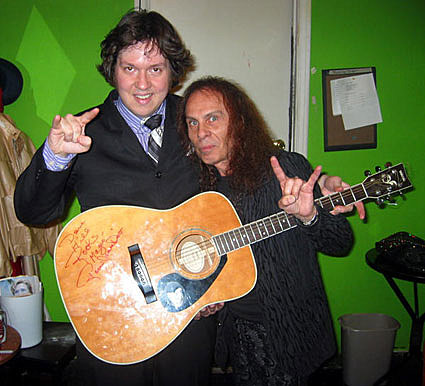 Dave Hill is a great man. He's a very busy musician, comedian, actor, writer, and taste-maker. He's got his own show on Mojo called King of Miami as well as a recurring live comedy/variety/chat show in NYC called The Dave Hill Explosion. You can also catch Mr. Hill tearing his audience a new one as guitarsmith for the band Children of the Unicorn. Mr. Hill took time out of his insane schedule to give BV readers his list of the best music to come out of 2007. -Klaus

It usually takes me a couple years to realize that an album has come out, but here is some of the stuff I managed to discover in a timely fashion this year:

BLACK SABBATH, The Dio Years- No matter what someone might be talking about, if they are able to make reference to “the Dio years” at some point you know it’s got to be pretty magical. In a perfect world, “Heaven and Hell” would just blast repeatedly from loudspeakers everywhere, all the time. Also, people would carry torches.

RUFUS WAINWRIGHT, Release the Stars- Rufus is one of few musicians today that people will still listen to in a hundred years and stuff. Plus, he wears lederhosen on stage, which just makes everything sound better if you ask me.

HIGH ON FIRE, Death Is This Communion- There are so many hot riffs on this record that I feel like whipping my dick out or something.

NEW PORNOGRAPHERS, Challengers- There are so many hot melodies on this record that I feel like whipping my dick out or something.

DOWN, Over the Under- This is not the best album by this band. Still, I think it’s important to support evil (and heavy riffs played by men with beards while wearing black sleeveless T-shirts) in all its forms, so I’m standing behind this one. 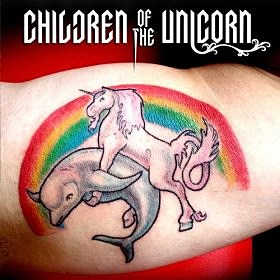 CHILDREN OF THE UNICORN, self-titled- Yes, I’m in the band. But I still listen to it anyway. Fuck it. Dammit. Shit. Piss.

LUCY WAINWRIGHT ROCHE, 8 songs- My friend Tig describes Lucy’s voice as being like a church organ and she is totally right. Lucy is going to be wildly popular.

DINOSAUR JR., Beyond- It’s not quite “You’re Living All Over Me” or anything, but it still delivers a solid nutkicking.

GRINDERMAN, Grinderman- This band has everything- cool songs, great facial hair, and an electric bouzouki player. Plus, they have a song called “No Pussy Blues,” which is really good even though I totally can’t relate to it, you know, um, because I am constantly knee-deep in vaginas. 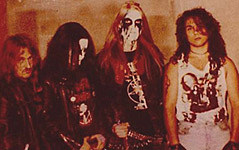 MAYHEM, Ordo Ad Chao- After 23 years, a suicide, an intraband murder, and all sorts of other crazy stuff, Norway’s finest black metal band keep cranking out the hits. It has been noted by this guy (I am pointing to myself as I type this). My only beef is that it could have been a little more Satany in places.

RUFUS WAINWRIGHT, Rufus Does Judy Live At Carnegie Hall- This record won’t make you gay. But it won’t not make you gay. The important thing though is that it’s seriously good. Guys should probably finger some girl while listening to this though just to be safe.

LED ZEPPELIN, Mothership- Still the best band ever. I wouldn’t actually buy this album though. Instead it should just serve as a reminder that you should own all of their albums if you don’t already. My friend Chris recently told me he was going to try and listen to nothing but Led Zeppelin for the next year. We could all learn a lot from Chris. 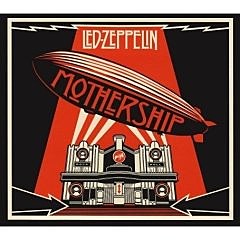