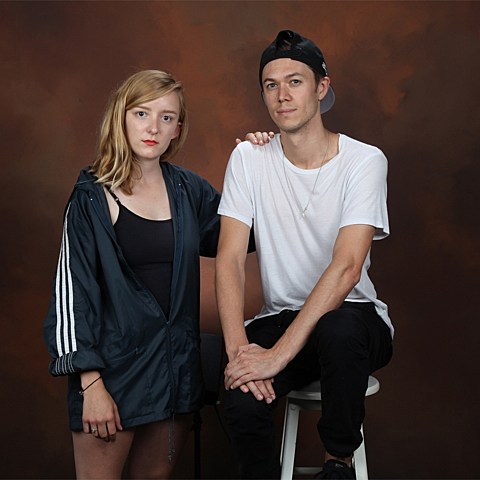 beta/mai is the new project of Anna Mayberry who sings in ripping Toronto sludge punks HSY and Toronto synth wiz Michael Butler aka Beta Frontiers (who's remixed Odonis Odonis, Fear of Men and others). Their first track together is "Never Enough," a dose of addictive synth pop which still has an edge to it that fans of Anna's punkier music should dig. The single's coming out on Buzz Records (HSY, Beverleys, Greys' Canadian label). It premieres in this post and can be streamed below.

Anna also has her own project, Anamai, an indie rock-oriented project also signed to Buzz, which she's taking on its first-ever tour in September. That tour hits NYC on 9/21 at Goodbye Blue Monday (1087 Broadway in Brooklyn). A few of those dates are with fellow Toronto band Black Walls, but no other acts announced for the NYC show yet.

All Anamai dates are listed, with the new beta/mai song, below...