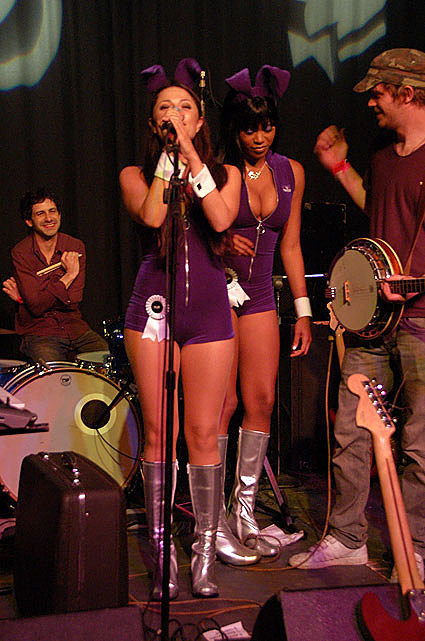 I wouldn't have normally passed up the opportunity to see The Gossip and Voxtrot back-to-back (Thursday, March 15, 2007 - Kork showcase @ Emo's, SXSW), but majority rules, and in this case the majority of the group I was with at dinner that night couldn't get in to the show - so instead we found ourselves at the annual Playboy party. It was held at a TV studio-turned-party-space that was full of free food, free alcohol, free cigarettes, Playboy memorabilia, media, rock fans, and socialites. The music-loving mayor of Austin was even there.

Of course four Playboy playmates were walking around, hosting, introducting bands, and posing for pictures. They were dressed in semi-revealing bunny suits.

Ironically, Beth Ditto of the Gossip was back at Emo's showing even more skin. 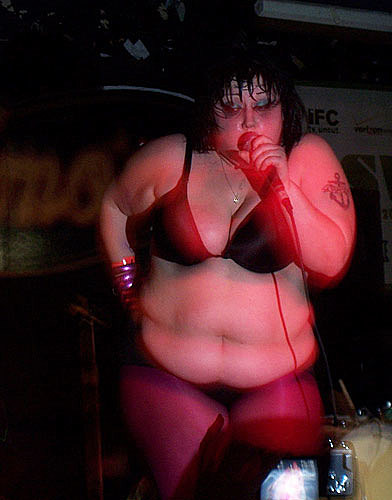 Here is the lineup of the Playboy party:

Here is a picture of Monsters are Waiting... 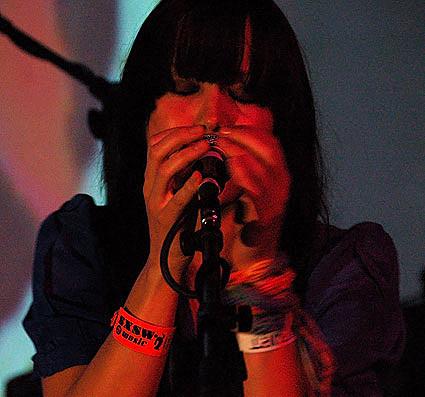 This guy from Fuel was interviewing people.... 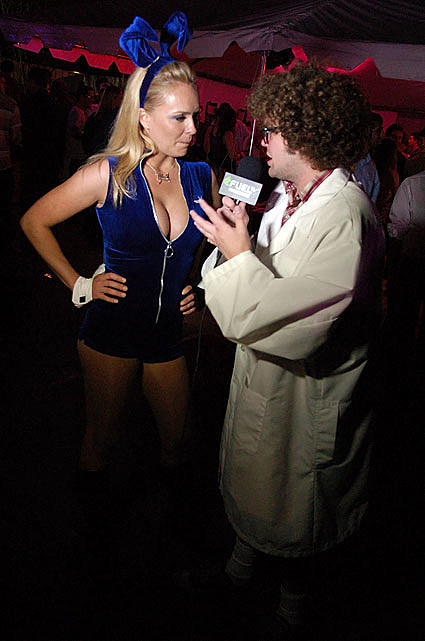 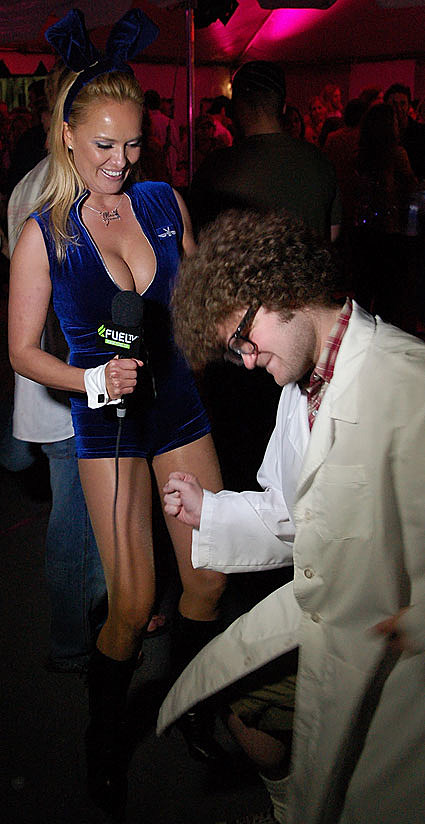 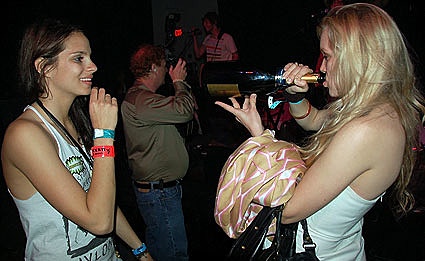 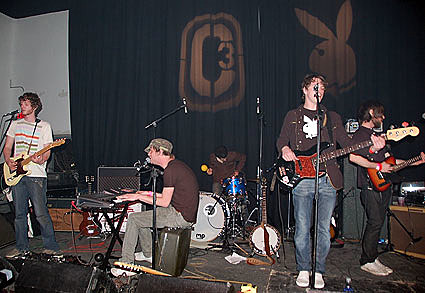 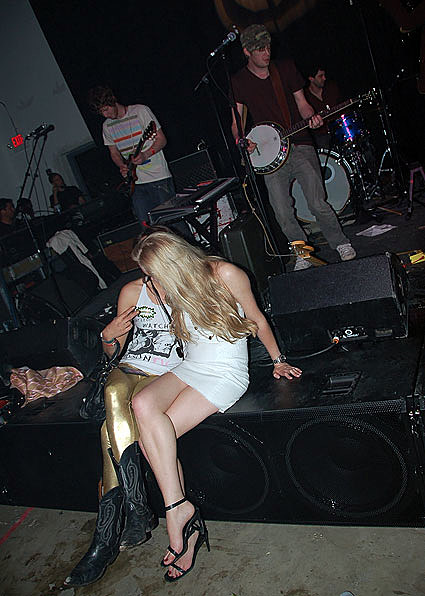 Playmates get down to Stars Align... 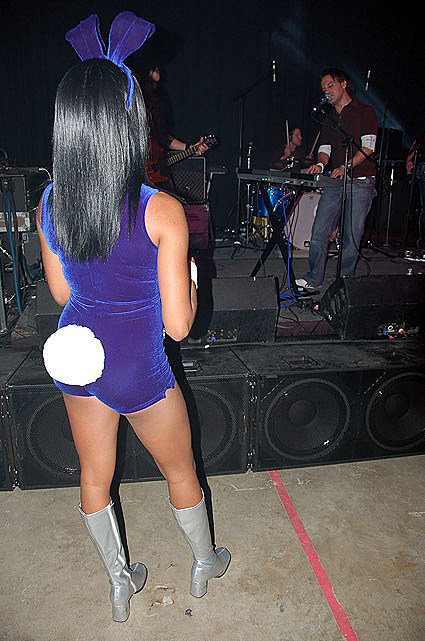 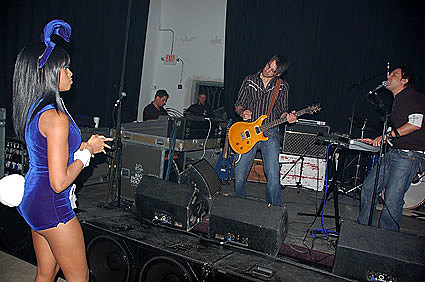 Ghostland Observatory headlined, but I missed them because I needed to get to Todd P's afterparty to not-see Spank Rock. Here's a pic of Ghostland courtesy of here..... 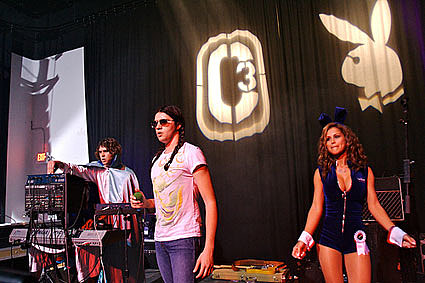 And here's a picture of Voxtrot who went on after the Gossip back at Emo's.... 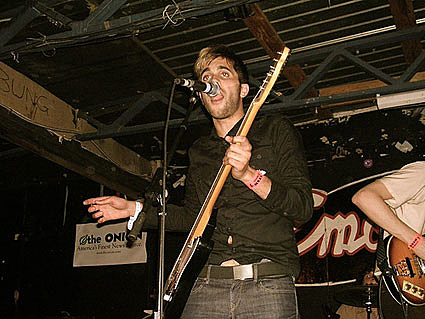 Perez Hiltion was at the Playboy party too...