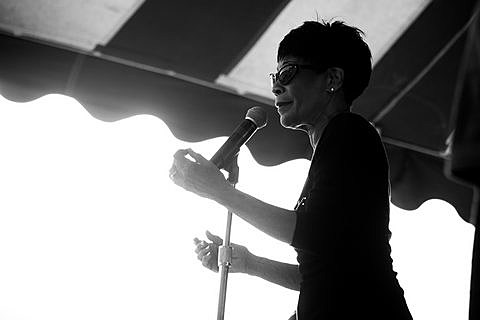 Soul singer Bettye LaVette has been touring for most of 2015, promoting her album Worthy, which was released earlier this year. She premiered selections from Worthy during her residence at Cafe Carlyle back in January before embarking on a world tour, and now she has more dates coming up.

She returns to NYC On October 16 at City Winery. Tickets are on sale now, and there's also a meet and greet option.

Bettye appeared on the Late Show a few months prior to David Letterman's retirement playing her own memorable rendition of The Beatles' "Wait." Watch a video of that performance, along with her list of tour dates, below...