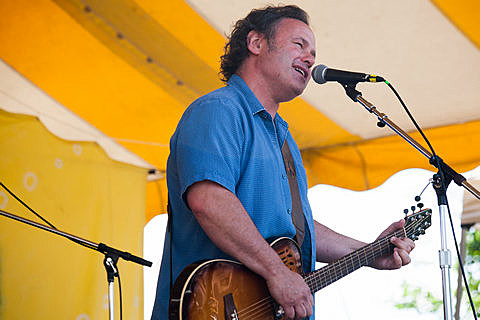 Theatre Within have announced details of their 35th annual John Lennon tribute show. It happens on December 4 at Symphony Space and celebrates Lennon's 75th birthday. (The show also happens four days before the 35th anniversary of his death.) Performers include Bettye LaVette, Joseph Arthur, Martin Sexton, Nicole Atkins, and Richard Shindell, among many others. This year Eve Ensler, the writer of the Vagina Monologues, will receive the John Lennon Real Love Award. Full lineup for the celebration is is below and tickets are on sale now. Proceeds go to fund the John Lennon Real Love Project, "Theatre Within's mobile songwriting program which brings the healing power of John Lennon's music and creative expression to children undergoing long term medical treatment and with special needs."

Lennon's widow, Yoko Ono, has a few musical releases coming up. In addition to her involvement in that John Malkovich album, she's also issuing a 7" vinyl release of the previously-released Christmas music she made with The Flaming Lips. Finally, she's shared one of the tracks from the upcoming remixes and covers album Yes, I'm A Witch Too. The track finds Death Cab for Cutie remixing "Forgive Me My Love" to haunting effect. The album is out February 19 via Manimal. Listen below.

In other Lennon-related news, the acoustic guitar used to record "Love Me Do" was auctioned off for an absurd sum of money over the weekend.