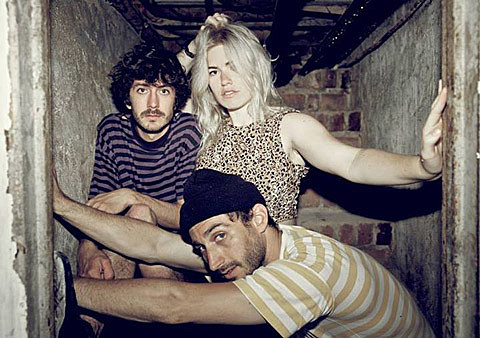 Beverly's album, Careers, came out a couple weeks ago and they have been playing local shows like crazy and have a couple more on the horizon. They've been added to Toronto band Mexican Slang's show at Death by Audio on July 19 which also features Parlor Walls. UPDATE: Turns out they're not playing after all. Bummer!

They've also lined up a headlining show at Rough Trade on August 15. Tickets for the Rough Trade show are on sale now.

The Rough Trade show is the end of a short string of East Coast dates in August, all of which are listed below. If you haven't checked out Careers yet it's a really winning set of indie rock pop songs (Kim Deal seems like a big influence). You can stream it at Rdio and watch the video for "Honey Do" below...