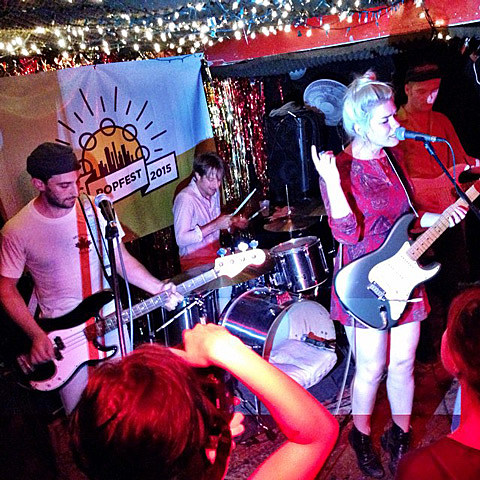 Beverly just played NYC Popfest where they were headliners at the kickoff show at Cake Shop on May 28. It was a different lineup than I'd seen before, with The Drums member Johnny Aires on bass, and they played a few new songs as well, all of which I thought were good and Bev just sounded terrific in general. They did one of those new cuts, the Big Star-ish "Crooked Cop" for Brooklyn Magazine's "Brooklyn x Brooklyn" video series. Beverly also covered The Drums' "Best Friend" and you can watch both of those live videos below.

You can next catch Beverly next week at Northside Fest, where they'll play the Kanine/Culture Collide/Terrorbird showcase at Alphaville on June 11 that also features Wildhoney and Spook School (who are touring together), as well as Expert Alterations, Charly Bliss, Raindeer and Cloud Cover. There will also be DJ sets from Kip of Pains of Being Pure at Heart, Kevin from Literature, Faith from PINS and Lio from Kanine. Flyer and set times are below.

Beverly will then be touring in July, including a few dates with PINS. All dates are listed below... 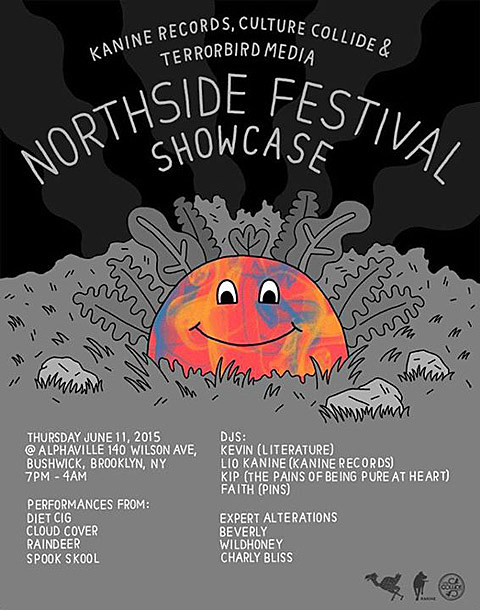