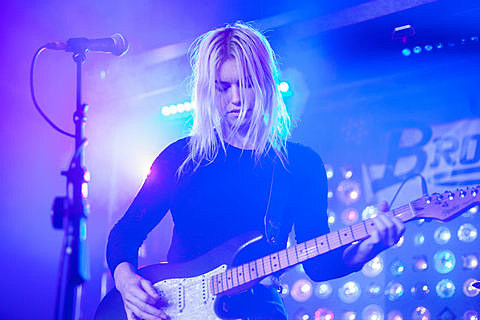 Beverly played Glasslands last night (12/4), one of the final shows for the venue, a night that also featured TEEN, Charly Bliss, and Scully. Looks like you'll now have at least one more chance to catch them in NYC before 2014 ends as they'll be playing the Kanine Records / Culture Collide Holiday Party which happens Wednesday (12/10) at Baby's All Right. Also on the bill: Public Access TV, plus DJ sets from Kip of The Pains of Being Pure at Heart, Brandon from Crocodiles, Lio of Kanine Records, as well as, um, this writer. The party is free but you do need to claim tickets via RSVP. Flyer below.

Beverly also recently released a video for "Madora" from their debut album, Careers, and you can watch that below. Singer Drew Citron will also be part of Saturday's Brooklyn Rock Lottery which happens at Baby's All Right and will feature a whole bunch of bands that don't exist yet, made up of members of Au Revoir Simone, Dismemberment Plan, Obits, Yeah Yeah Yeahs, Parquet Courts, TEEN, and more. That is sold out -- proceeds go to Harmony Program. The lineup of participating musicians expanded since we last posted, including Brandon Curtis of Secret Machines/Interpol, and the full roster is below. 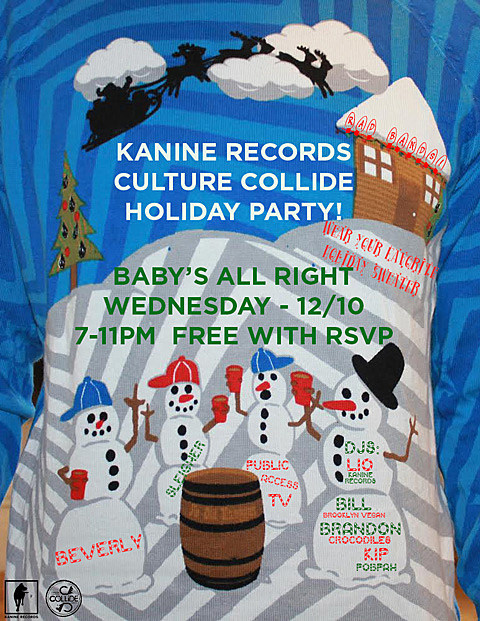