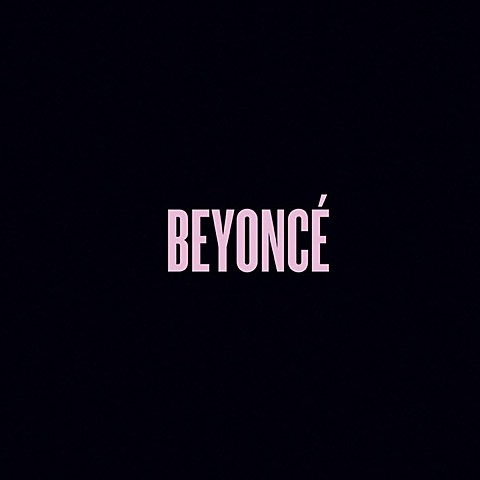 If you've been on the internet at all today, you probably know that the event of the day is that Beyonce released a self-titled album with no singles and no announcements on iTunes around midnight. By now you've most likely already heard it or intentionally haven't listened to it, and I think as much as anyone else that we shouldn't review this thing immediately (and we can save it for our Best of 2014 lists, right?). That being said, it's also been fun to spend the day discussing the album, so let's discuss.

The album's only guest spots come from deservedly big names Jay Z ("Drunk in Love") Frank Ocean ("Superpower") and Drake ("Mine"), plus a moving feminist speech from Chimamanda Ngozi Adichie on "Flawless" (a reworking of "Bow Down"), and her daughter Blue Ivy on the album's final track, "Blue." There's also co-writing/production credits from Miguel, Caroline Polachek (of Chairlift), Pharrell, Justin Timberlake, Timbaland, Sia, Drake producer Noah "40" Shebib and others. That cast isn't too surprising (except maybe Caroline Polachek), but it's a nice reminder if you needed it that certain big name artists are consistently working with the artists that complement them best, rather than just piling on other big name guests.

As I write this I'm on my fifth listen, and the album itself is sounding pretty impressive so far. Her last album, 4, was maybe the first Beyonce album to truly contain no filler, but even most of that album got overshadowed by standout singles like "Countdown" and "Love on Top." At the moment, it's not sounding like there's a track on Beyonce that could be a standout single, which is maybe why, like the similarly album-oriented Yeezus, they chose to release it without any preceding singles. (You also won't be able to purchase individual tracks on iTunes until December 20.) Like Yeezus, and The 20/20 Experience, Beyonce is instead a new album from a megastar that uses her status to unveil a full-length collection of forward-thinking music to the mainstream, the underground, and well, just about everybody. The future-R&B that guests Frank Ocean and Drake make on their own albums is the style most prevalent here, and mixing that with one of the most undeniably great voices in today's pop music makes Beyonce a hell of a listen.

You also may have heard that Beyonce is calling the album a "visual album," and it was released with 17 videos for the 14 tracks (a few bonus videos included). You can watch a playlist of 30-second clips of each video, along with the tracklist, below...