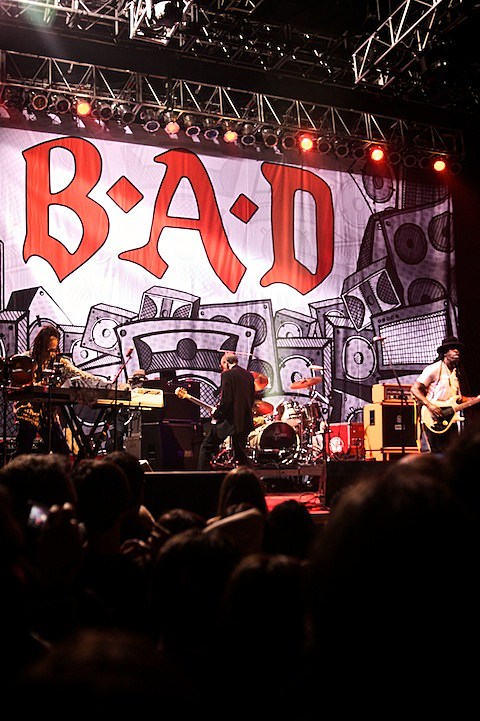 "Welcome to 21st Century B.A.D," said Mick Jones slyly to the strains of the 20th Century Fox theme, right before launching into the opening riff of "The Bottom Line," Big Audio Dynamite's debut single (And here, first encore). Mick Jones now has better teeth and less hair, and in a suit last night at Roseland Ballroom looked like some West End mafioso from a Guy Richie film. But the man can still sing and play and seemed to be having a great time. "The Bottom Line" is 26 years old but lines like "Dance to the tune of economic decline" still seem relevant.

As do Big Audio Dynamite, who played Roseland last night after a lauded Coachella set over the weekend and sounded like they hadn't skipped a beat despite not playing together for twenty years. This was the original line-up of Big Audio Dynamite, the one that gave us their nearly-perfect first two albums, and two pretty good ones after that. The set stuck almost entirely to songs from this era of the B.A.D., save for 1991 hit "Rush" (from their Big Audio Dynamite II days) which to me sounded much more dated than any of the band's '80s records.

Getting nearly every single the band released plus some choice album cuts, the NYC show was a pretty perfect showcase for what made B.A.D. so great: killer dance songs ("C'mon Every Beatbox," "E=MC²," "Just Play Music"), hip hop and reggae-influenced jams ("Sightsee MC," "BAD"), the band's love of film ("Medicine Show"), and genuinely affecting pop ("The Other 99," "V. Thirteen"). We also got "Beyond the Pale," one of the best songs Jones has ever written, dedicated last night to Joe Strummer (who cowrote much of No. 10 Upping St.).

Apart from the tip of the hat to Strummer, Jones didn't do a whole lot of "remember when" talk and kept things mostly free of drippy nostalgia. He was, however, jovial and chatty, joking with the audience between songs or when things went askew, like a false start to encore number "E=MC²."

Band co-founder Don Letts is just one of the coolest dudes on the planet, and B.A.D. really came alive on any song that featured him, of which there was a fair amount: foreign war critique "A Party," the hard-hitting London travelogue that is "Sightsee MC!" and the band's theme tune, "BAD." (Also the reggae hoedown "Battle of All Saints Road," though I would've prefered No. 10 Upping St.'s "Ticket.") Letts, who's inching towards 60, jumped around the stage, dreads hitting the ground, like it was 25 years ago.

If there was any disappointment it was they have been playing the same set at all these shows, so if you glanced at the setlist from, say, Manchester Academy two weeks ago you knew exactly what you were going to get. I would've liked a couple more songs from 1989's Megatop Phoenix (that album's single, "Contact," was conspicuously missing) but hopefully we'll get some different tracks next time. And I sure do hope there is a next time.

The full setlist, more pictures and some videos from the show, below... 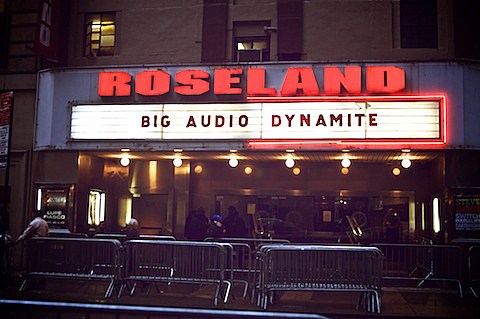 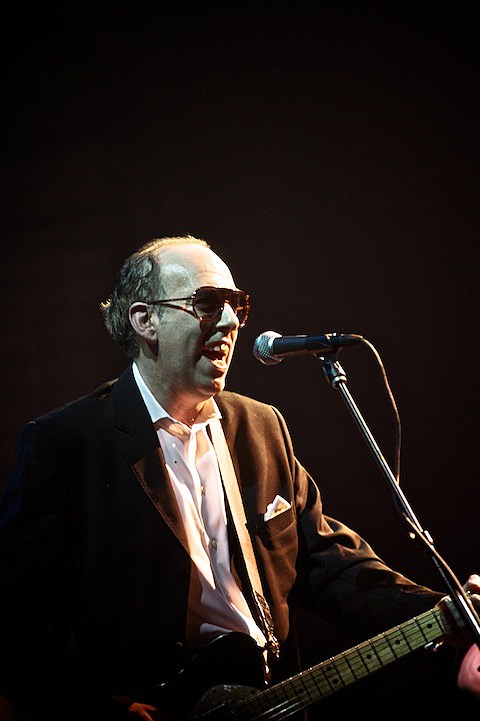 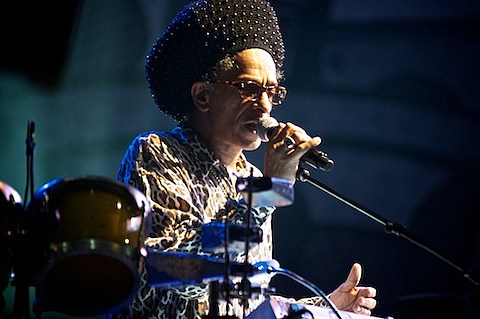 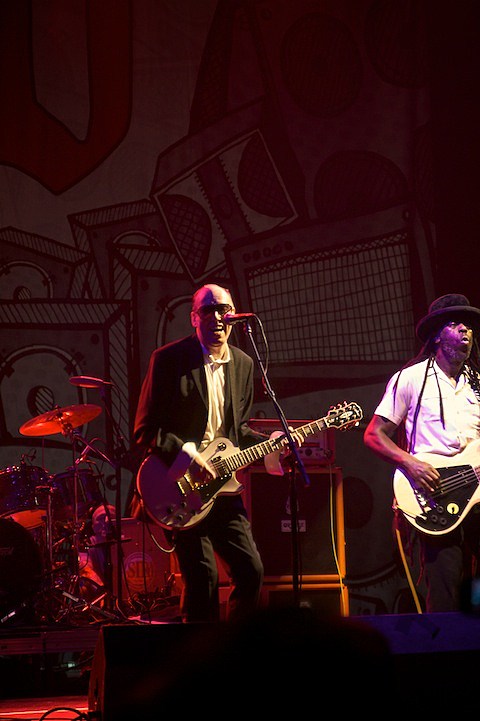 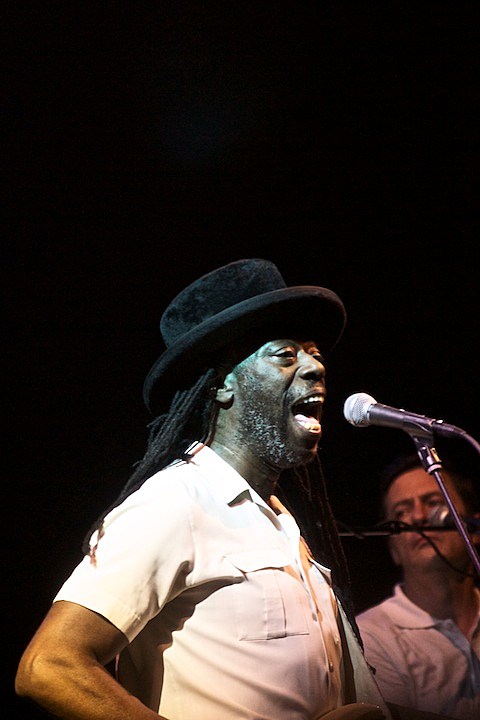 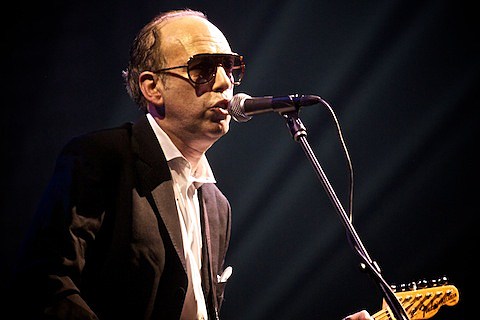 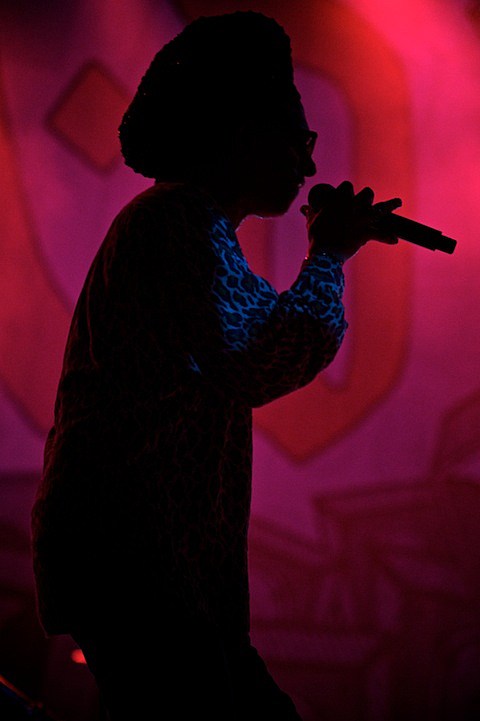 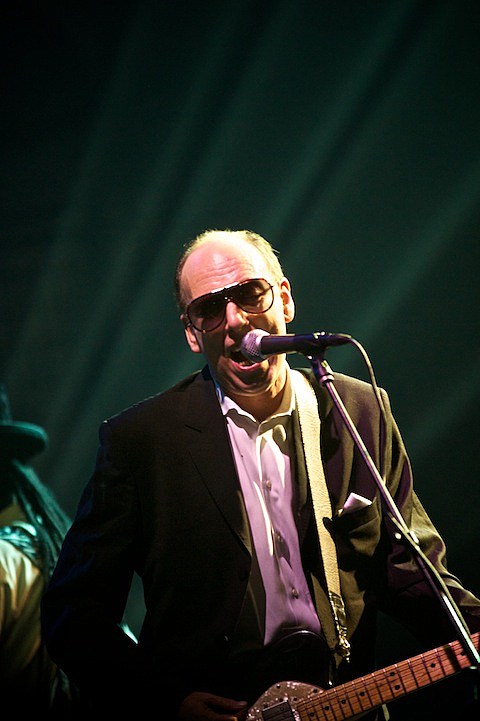 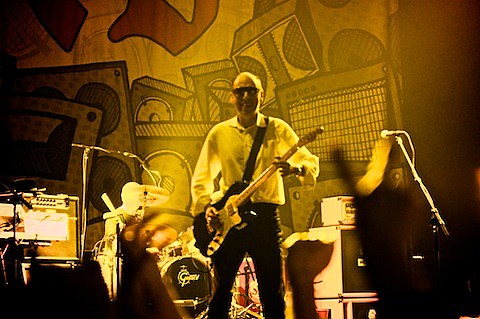 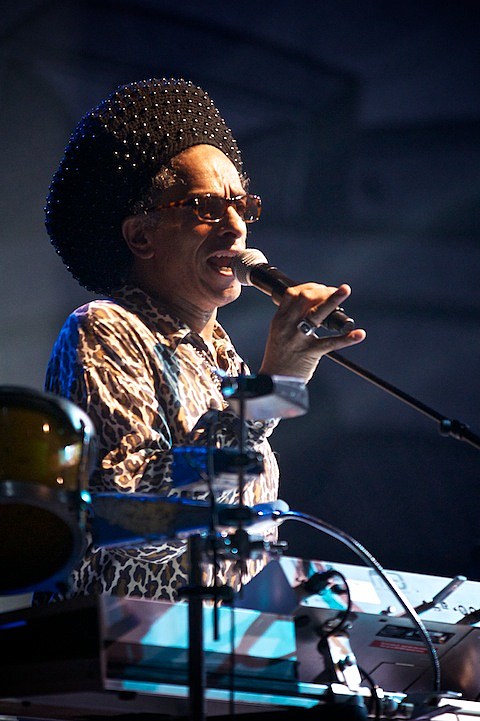 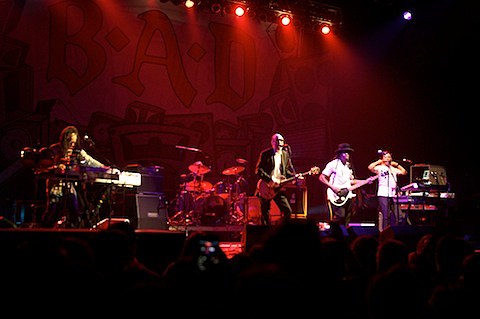 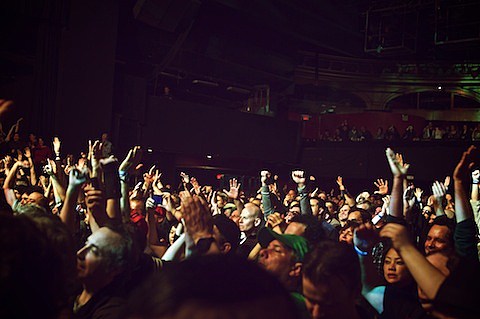 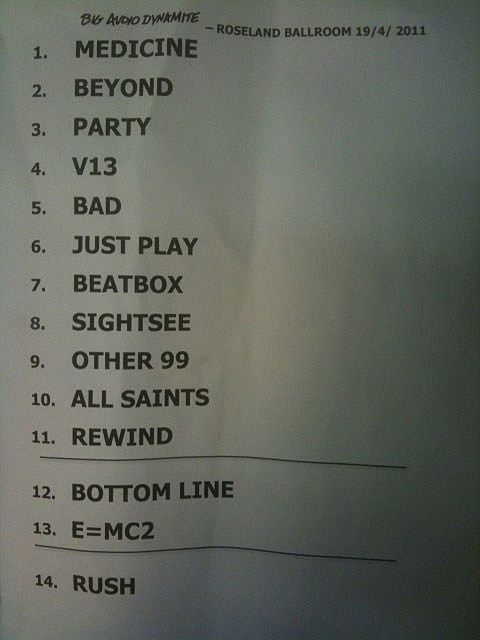