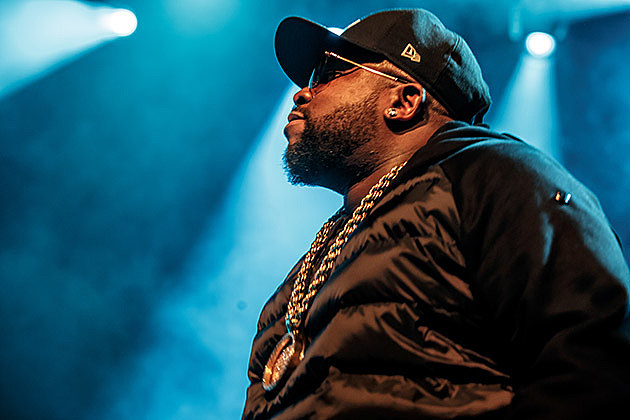 OutKast's Big Boi has a few festival dates coming up with Big Grams, his collaborative project with Phantogram, but before that he'll be doing some DJ dates. Going as Daddy Fat Scratch (naturally), he's got two dates in Vegas in one in NYC.

The NYC show happens January 27 at Output with TM88 and Christian Rich. Tickets are on sale now. All dates are listed below.

In related news, Big Boi's OutKast partner Andre 3000 said in a new interview with Billboard that he has some type of new music on the way:

Have you had time to work on music lately?
I still get time to think about music. [Shooting TV and film projects] is not so bad -- it kind of puts you in the place where you're fiending to do music. I've been holding [back] for a long time, so now I'm really interested in figuring out some type of music to do. I'm always recording.

Can you say what you're working on or with whom?
I can't say that I have a target right now. I've gotten in trouble before for saying when or what is coming, so I like to just kind of let it be. I'd like to put out some kind of music project, but we'll see.

Let's hope it comes sooner than later. The last we heard from Andre was on Erykah Badu's recent mixtape.