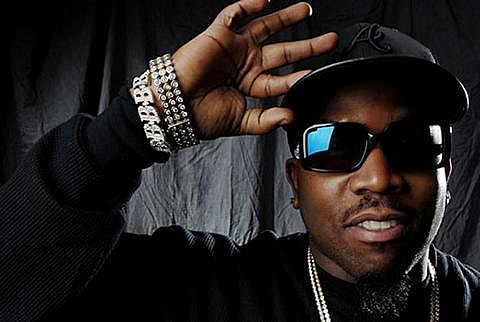 As mentioned, Big Boi releases his second solo album, Vicious Lies and Dangerous Rumors, next week (12/11) via Def Jam. His solo debut, Sir Lucious Left Foot: The Son of Chico Dusty, is still my single favorite hip hop album of the new decade so naturally I've been seriously anticipating VLADR since Big Boi mentioned he began work on it. And admittedly, the album is a bit overshadowed by its predecessor, due in part to lacking a song as huge as "Shutterbug." But though the album never hits a moment as large as that one, it's still a winner in its own right.

Vicious Lies opens up like a classic OutKast album, with a short, slow and pretty intro track that leads right into a blunted headknocker, "The Thickets," which appropriately features Sleepy Brown of Organized Noize, who worked on a lot of early OutKast. The bar continues to raise on the next track, a rhythmic club track up there with "Tangerine" or the Big Boi-featuring Janelle Monae track from that same year, "Tightrope." The album plateaus a bit there but more standouts start appearing later on with tracks like "Thom Pettie," a dirty synth track with a great hook from Little Dragon and a characteristically abrasive verse from Killer Mike. Later on we get "Lines," which is probably the best track on the album thanks to a killer chorus from Phantogram that doesn't leave your head once its in there (A$AP Rocky is on the track too). But the most interesting moment of the album has to be "Shoes For Running," which is carried by a hook sung by Wavves dude Nathan Williams. The only thing stopping it from being a total head scratcher is that Nathan toured with GZA and Killer Mike (which itself was a head scratcher) and I still can't decide if it's one of those fun indie/rap collabs like Kid Cudi and MGMT's "Pursuit of Happiness that you'll be hearing all year, or just plain weird. But the fact that I'm still going on about it must say something.

Big Boi will be in NYC next week, the day before his album release for an invite-only Hot 97 show at SOB's (12/10). The only way you can get in though is to win them from Hot 97.

Before that, Big Boi will stop by Late Night with Jimmy Fallon on Friday (12/7) to perform "Mama Told Me" with Little Dragon, who were initially supposed to guest on the song's recording, but were replaced on the album by Kelly Rowland.

Since we last spoke about the album, Big Boi has (legally) revealed two more of its tracks, the Kid Cudi-featuring "She Hates Me," and the T.I. and Ludacris-featuring Atlanta boasting party "In the A," both of which you can hear below. In related news, TI just revealed his storied track with Andre 3000, "Sorry," which will appear on his upcoming Trouble Man LP and can also be streamed below.