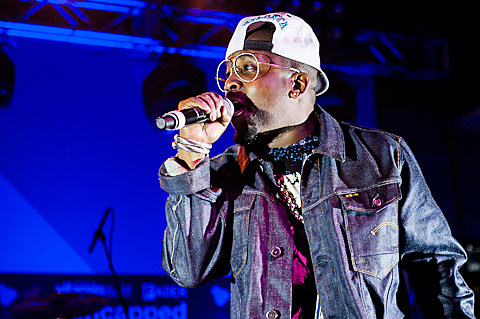 As mentioned, Big Boi had to cancel a number of tour dates, including last Thursday's (6/20) Prospect Park show, due to a knee injury. He's since recovered and announced a leg of rescheduled dates that he'll play this September/October. Rather than the big free outdoor show that Big Boi would have played last week, his rescheduled date happens on October 1 at Brooklyn Bowl, the same venue he played in April. No word on yet on ticket information for that show, but you can check Brooklyn Bowl's site for updates.

Thursday's Prospect Park show did go on as planned with long-running West Coast duo Blackalicious taking Big Boi's spot, and support coming from Phony PPL and D-Nice. If you missed them last week, Blackalicious play the Best Buy Theatre on Saturday (6/29) opening for The Cat Empire. Tickets are still available.

All rescheduled Big Boi dates are listed below...