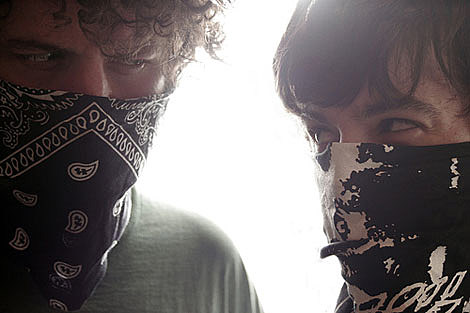 Big Business and Tweak Bird are teaming up for a NYC show at Mercury Lounge on May 10th. Tickets are on AMEX presale now, go on regular sale Friday at noon.

The show is one of FOUR NYC shows for Tweak Bird in the coming months. The other three are April 4 at Pianos, April 5 at Union Pool, and April 6 at K&M Bar. Full Tweak Bird dates are below.

Big Business drops Mind The Drift at the end of March. We'll be hosting a listening party at the beginning of our Wednesday day party at SXSW. The band also have another few dates laid out (below), and more dates probably TBA, though Big Business will not be playing with the Melvins when they perform Houdini four times in May.