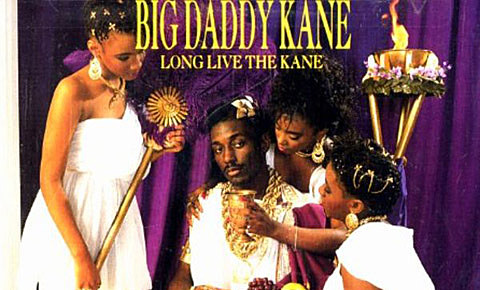 One look at this weekend's Rock The Bells lineup and you could debate whether any of those MCs would be anywhere without the rhymes of the smooth operator Big Daddy Kane. The juice crew affiliate plays BB Kings on Sept 19th for those of you looking to get "R-A-W". The venue says the show is with a live band with opening sets by Lethillweapon and Prophet. Tickets are on sale.

Kane is currently working on a new album, though details remain scarce.

In related news, Pusha T's new EP Fear Of God 2: Let Us Pray is coming out September 27th on Kanye West's G.O.O.D. Music. Its nine tracks will feature guest appearances by Diddy, Kanye, Young Jeezy, 50 Cent, Rick Ross, Tyler the Creator and more. Meanwhile Pusha T told the Village Voice he's working on a new mixtape called Long Live The Caine, an obvious ode to both the white powder and the great Brooklyn MC. Keep a look out for that. Check out the new video for "Feeling Myself", off the upcoming EP and featuring R&B singer Kevin Cossom, below...