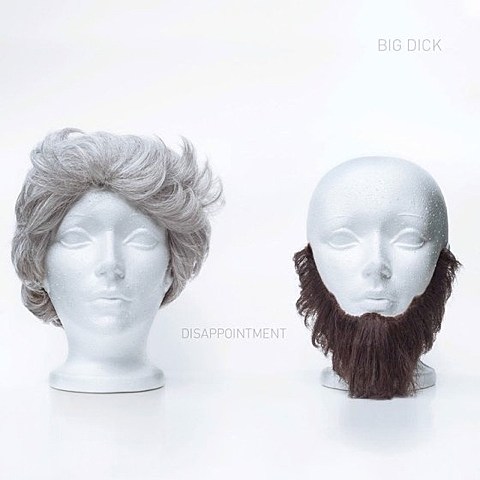 Canadian bass/drum duo Big Dick have announced that they'll release the followup to their 2013 debut LP this year. It's called Disappointment, and it's due out on February 24 via Dirt Cult Records. They've already put out one single, "Let Down," and we've now got the premiere of a second new track, "Crawl." Like their last album, the songs sound somewhere between Death From Above 1979 and METZ, and they're about as ripping as that sounds. Listen to both below.