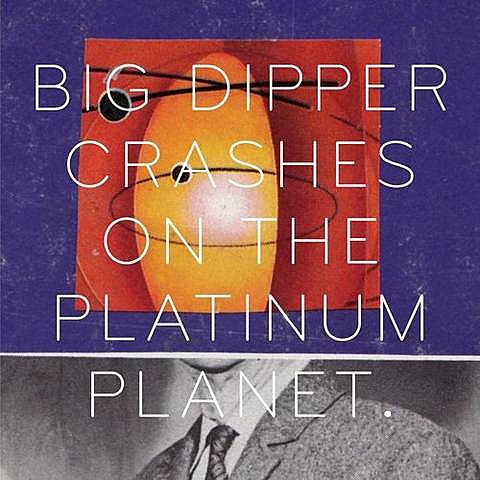 When Merge released a comprehensive retrospective CD set of Boston indie rock cult legends Big Dipper in 2008, the band reformed for a few shows. That sparked the old creative juices and four years late the band have released Crashes on the Platinum Planet, their first new album in 22 years. If you're a fan of the band's tongue-in-cheek janglepop, Big Dipper doesn't seem to be any worse for wear in 2012. You can stream the whole album below via Rdio and check out the video for album standout "Robert Pollard" below. And speaking of, the Guided by Voices frontman did the artwork to the album, which is above.

Big Dipper are playing a few shows early next year with Fountains of Wayne singer Chris Collingswood, and those dates include an NYC stop at Mercury Lounge on February 9. Tickets for that show go on sale Friday (12/7) at noon.

All Big Dipper tour dates are listed below, along with the album stream and "Robert Pollard" video.