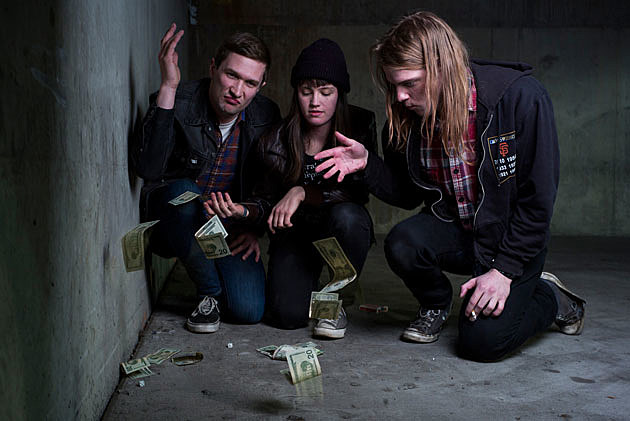 Three regulars on the Brooklyn punk/DIY scene, Big Eyes, Shellshag and Aye Nako are teaming up to play a benefit show for Jay & Molly's fight against cancer. It happens August 16 at Saint Vitus with Tender Defender opening. Tickets are on sale now. Flyer below.

Shellshag play NYC sooner than that, opening for San Francisco punk vets The Avengers on August 4 at The Bell House. Also on that bill are Surfbort and Gozer. Tickets are still available.

Aye Nako were added as support to all Eastern US and Canadian dates on the upcoming Joanna Gruesome tour (that's a good double bill), including the NYC shows on October 30 at Rough Trade (tickets) and Halloween at Shea Stadium (tickets). They're also on the G.L.O.S.S. show at Silent Barn on September 23.

Big Eyes also play with promising Florida band Wet Nurse on September 22 at Silent Barn with Thin Lips (who play a BV-presented NYC show with Cayetana and Chumped in August) and Fleabite. $7 at the door.

Big Eyes are also on the BrooklynVegan-curated Red Bull Sound Select show happening September 4 at The Stone Pony in Asbury Park with Against Me! and Cakes Da Killa. That's $3 with RSVP or $10 without.

In semi-related news, Aye Nako and Shellshag's Don Giovanni labelmates Worriers are a week away from releasing their new album, Imaginary Life (produced by Against Me!'s Laura Jane Grace), and they're now streaming it in full. Listen below, via NPR. Worriers celebrate the LP with a release show on 8/7 at Knitting Factory with Emilyn Brodsky, Adult Mom and Fleabite (tickets). 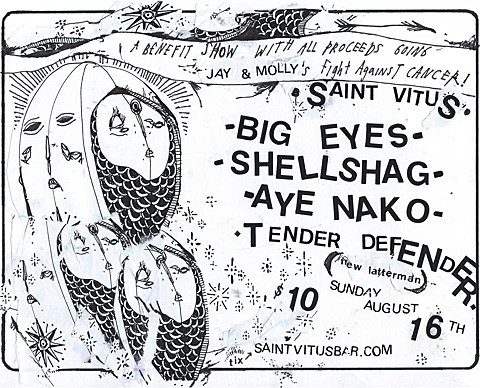