Big Freedia, in one of the rare pics where azz ISN'T everywhere (more) 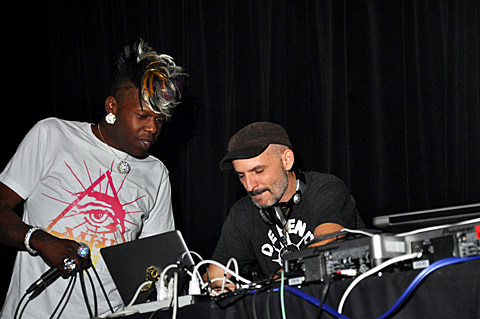 "And then something remarkable happened. The crowd -- just about evenly divided between men and women -- instantly segregated itself: the men were propelled as if by a centrifuge toward the room's perimeters, and the dance floor, a platform raised just a step off the ground, was taken over entirely by women surrounding Freedia. The women did not dance with, or for, one another -- they danced for Freedia, and they did so in the most sexualized way imaginable, usually with their backs to her, bent over sharply at the waist, and bouncing their hips up and down as fast as humanly possible, if not slightly faster. Others assumed more of a push-up position, with their hands on the floor, in a signature dance whose name is sometimes helpfully shortened to "p-popping." " [NY Times Magazine]

Lower Queens and upper Brooklyn will BOTH feel the thunder on August 28th as Big Freedia will unleash a double shot of booty-clappin'. We already knew that PS1 would get a dose during the afternoon, but now Big Freedia and DJ Rusty Lazer have added a second show later that night at Coco66 with House of Ladosha, w/ Ghe20 Gothik DJ's Venus X & Brenmar.

The NYC dates will kick-off a larger tour that will last through the next couple weeks and continues with a sprinkling of dates that include FYF Fest in LA and Fun Fun Fun Fest in Austin.

Big Freedia is currently streaming a bunch of tracks at myspace and her website, a good portion which are also streaming below. Those tracks, the show flyer, full Big Freedia tour dates, and some (NSFW?) video is below... 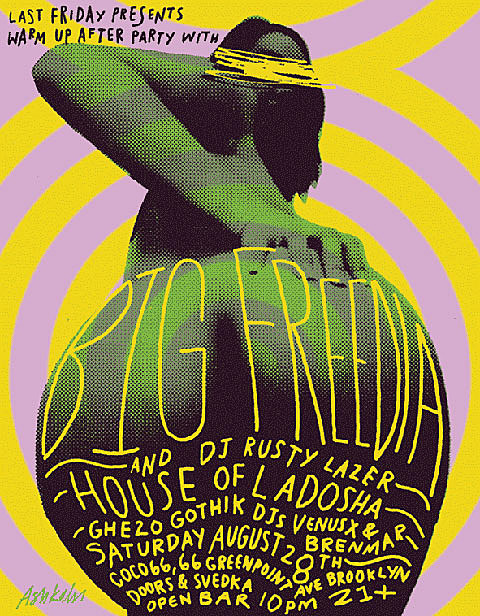