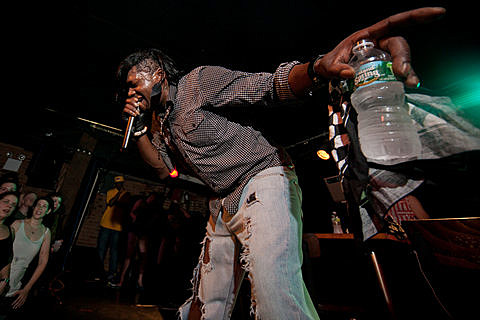 Big Freedia plays a free House of Vans show tonight (8/18) with Tokyo Police Club, Against Me!, Japanther, and Team Robespierre. RSVP is still open. Email BVCONTESTS@HOTMAIL.COM (subject: Vans) right now for a chance to win pair of VIP tix to the show. Include your first and last name.

Freedia never comes to town and plays just once though! The unofficial afterparty (our name for it) is at new Brooklyn venue, The Morgan, which is located at the corner of Varet and Bogart. three blocks from the Morgan L train. The venue has two entrances, 258 Varet St and 25 Bogart St. For the Big Freedia show tonight, the 258 Varet entrance is the place to go. The Superchief-presented party also features special guests Rocky Business and DJs Ben Robey (Ninjasonik/Superchief), Roofeeo (Death Set/TV on the Radio), Poppa, and Drugmoney. Admission is $5 before midnight and $7 after midnight and beer is free from 10:30 - 11 PM. A flier for this show and all Big Freedia dates, below. 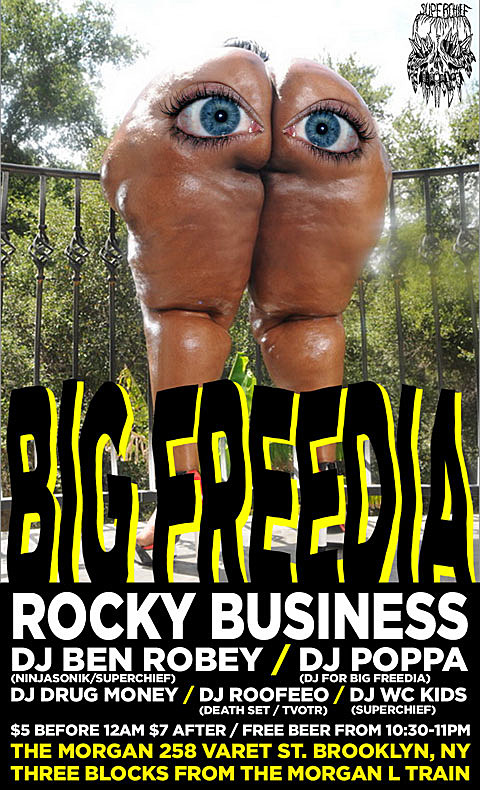