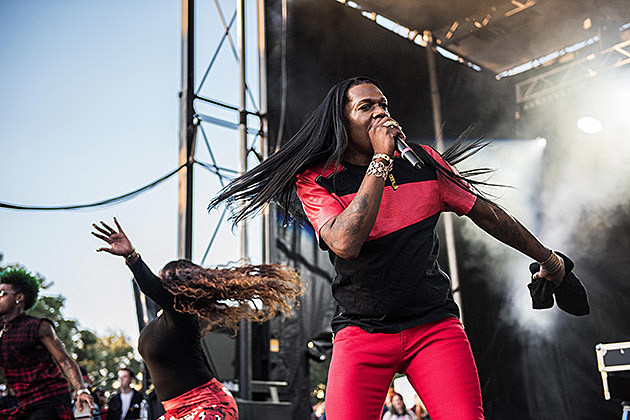 Fresh off an appearance on Beyonce's instantly-beloved New Orleans-inspired song "Formation," New Orleans bounce queen Big Freedia has expanded her upcoming tour schedule. For one of her shows, she'll be the special guest with NOLA brass band The Soul Rebels on February 25 at Brooklyn Bowl in NYC. That's the first of a three-night stand for The Soul Rebels at that venue. Natasha Diggs opens.

The other two Soul Rebels shows are with Talib Kweli, with Buckshot, Smif N Wessun and Kirk Knight joining on 2/26 and Rakim and Nigel Hall joining on 2/27. Special guests are also promised both of those nights. Tickets for all three shows, including a three-night pass, are available.

Freedia is also set to drop her new single, "I Heard," on February 23. While you wait for that, revisit "Formation" and check out her list of tour dates, below...