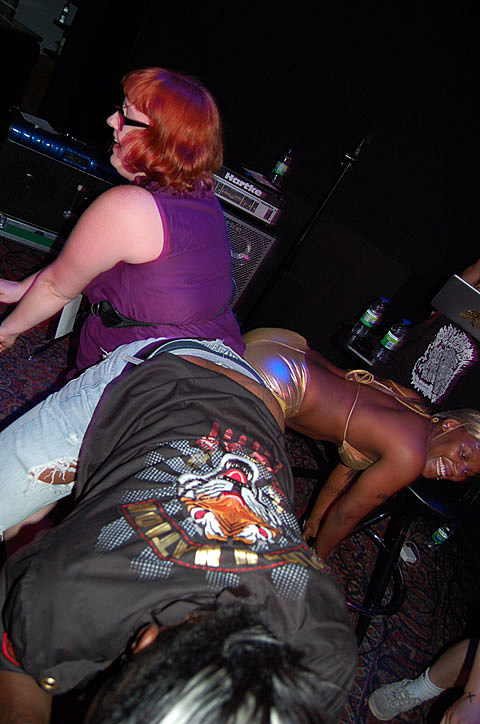 "So what the hell is Sissy Bounce? Sort of depends who you ask. Katey Red, arguably the creator of the genre, suggests it doesn't even exist and instead insists it's just sissies producing Bounce. Other artists such as Big Freedia fully embrace the term. Take some of the most hypersexual, bump and grind you can imagine, remove everything but the sexed up chorus, speed it up, and then remove the sexual identity of the artist performing it. What, what? That's right. Sissy Bounce artists are purposely androgynous, sometimes referred to as queer, sometimes transgendered, a very direct intent is to fuck with people's heads about sexuality. It's easy to relate, or be offended when you see one sex singing about the other. But with Sissy Bounce you have no idea. This makes the performances just as important as the music itself, which is perhaps why it's stayed locked down for so long." [Sean Bonner]

From the pictures above and below, maybe you can tell that Big Freedia's Friday night set at Toronto's Wrongbar (as part of NXNE) was a crowd pleaser. Big Freedia, DJ Rusty Lazer and a pair of dancers held a master class on ass-shaking dance moves and a good portion of the crowd was happy to oblige, especially for the infectious bounce of songs like "Azz Everywhere" and "Rock Around the Clock." Freedia went from a tender acapella verse about settling down to a song with the hook "I got that gin in my system, somebody's gonna be my victim." The spectacle was one thing, but it was ultimately the songs, rumbling party mantras, that made it a great set.

The next night Big Freedia brought her act to the city's Yonge-Dundas Square (a free, very public stage surrounded by stores and restaurants )- it looks like they played there with considerably more clothes on. Still, Damian Abraham tweeted: "Big Freedia's performance in Dundas Square today made the Stooges show (which was amazing) look like a Peter, Paul and Mary Concert." (btw, our pics from the Stooges show he's referring to are coming soon).

Big Freedia and crew (that includes Freedia's DJ Rusty Lazer) will be back in Brooklyn for a Thursday night set at CrushFest at Public Assembly. The lineup for the June 24th show, which is part of Northside, also includes Yes Giantess, Fang Island, Iran, MillionYoung, Dinosaur Feathers, Anton Glamb, LE1F, Jason Pants & Chaz Requina (Palms Out Sounds), Denny Le Nimh and No Surrender. Tickets are only $5.00 until 3pm today (6/22) - then the price goes back up to $15. You can also try to get in with your Northside Badge.

More pictures from Toronto, a flyer for the Public Assembly show and a video from a Big Freedia show at Glasslands are all below... 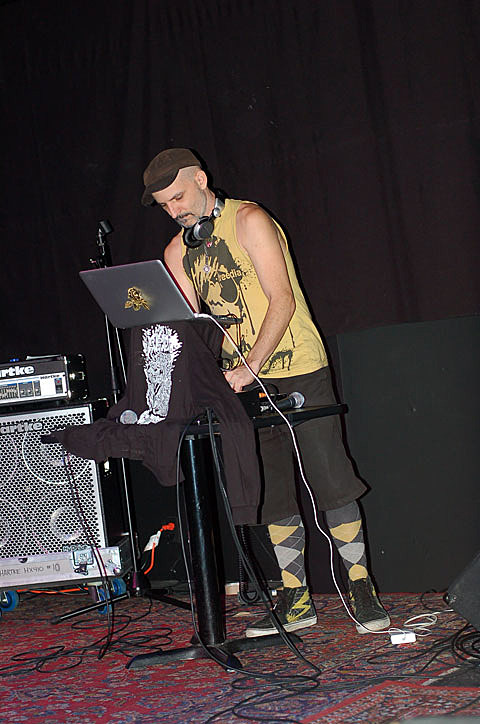 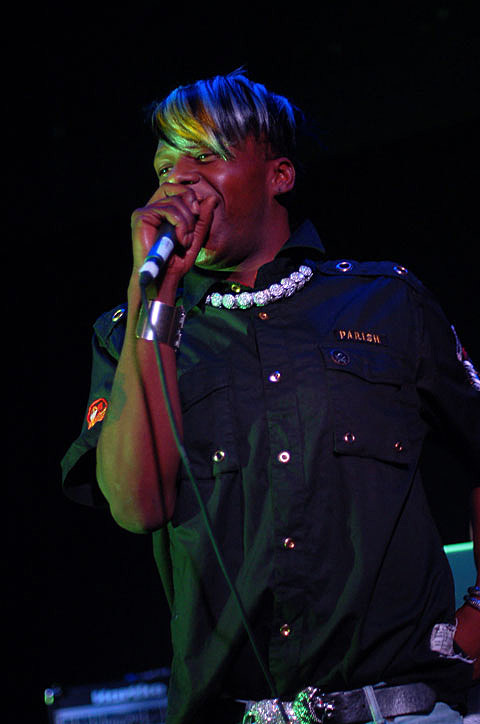 and the New Orleans Bounce Dancers... 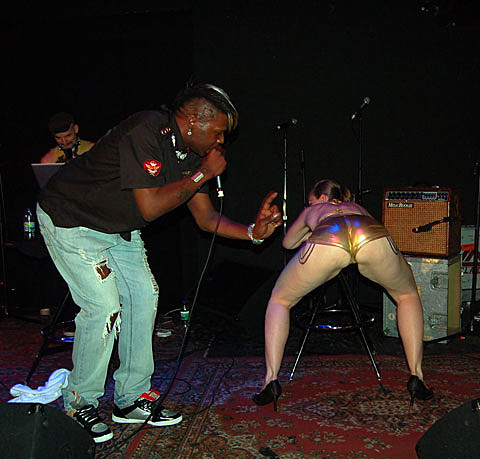 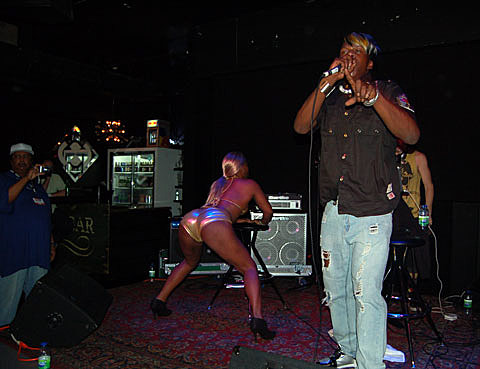 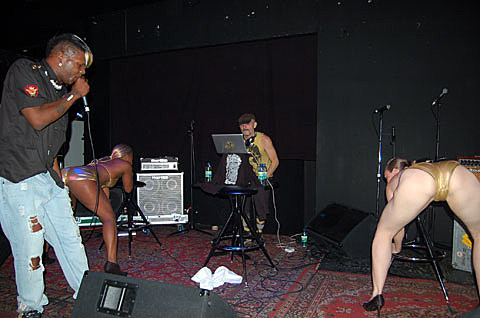 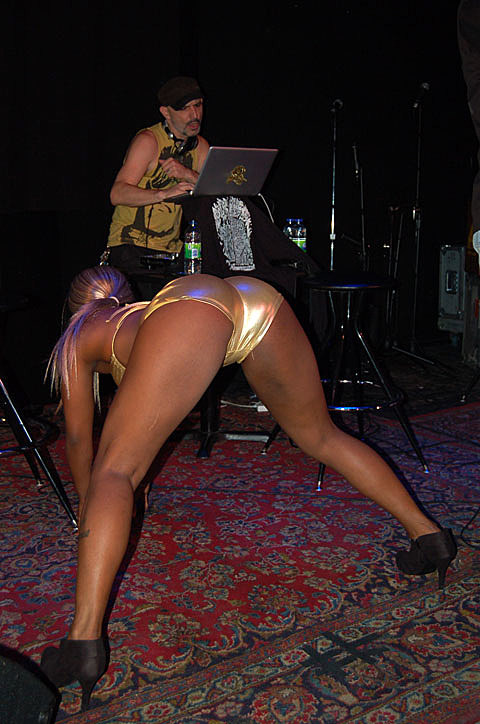 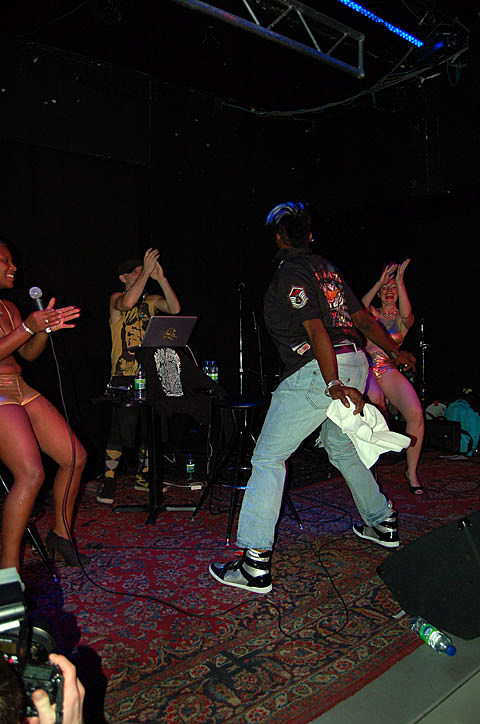 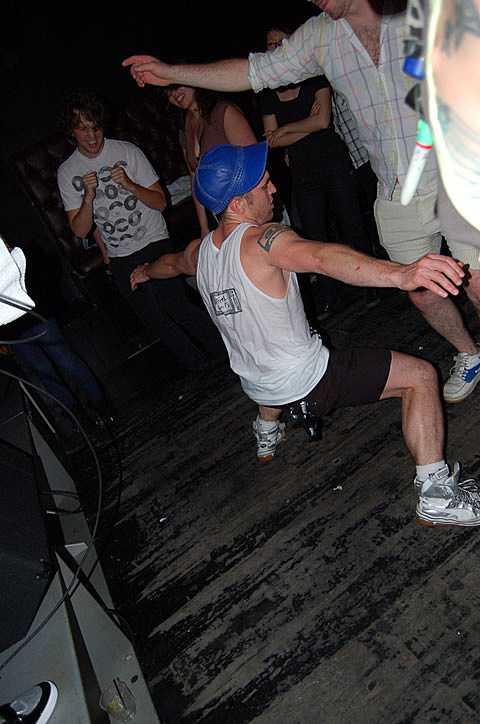 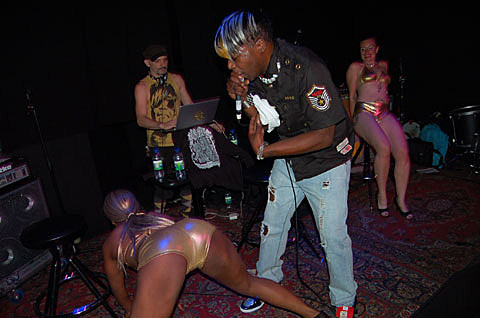 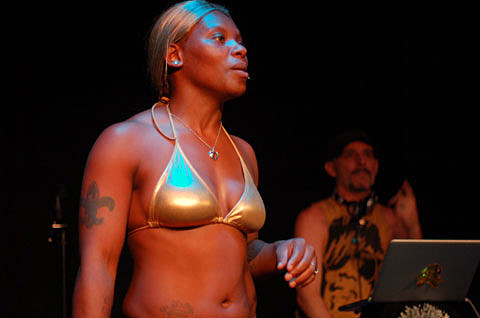 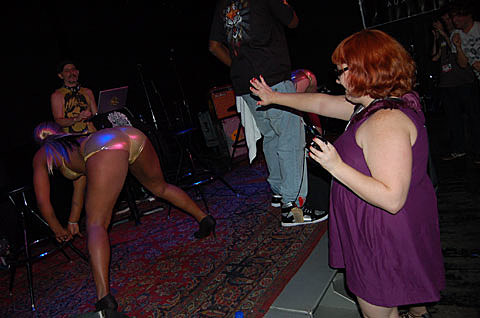 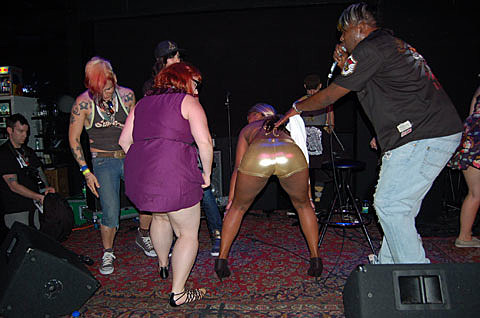 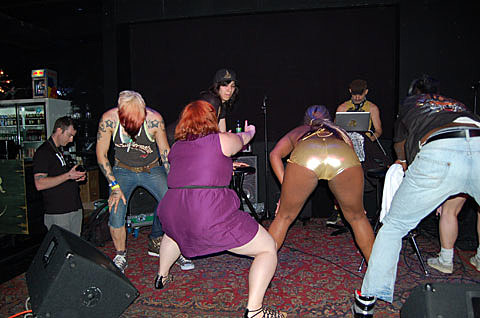 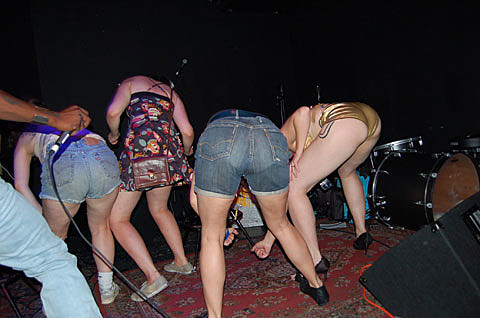 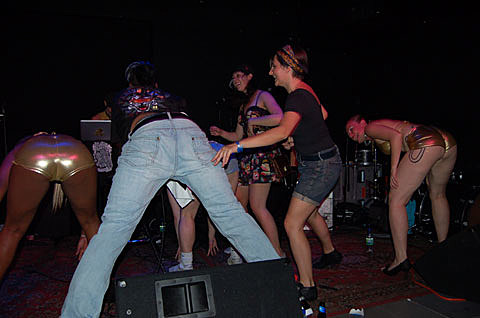 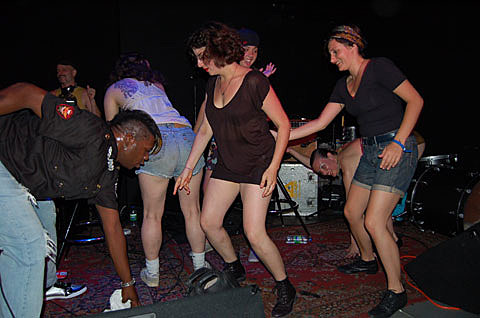 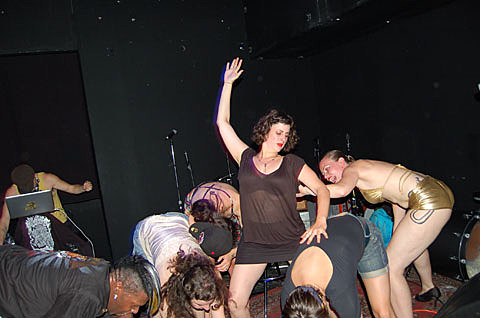 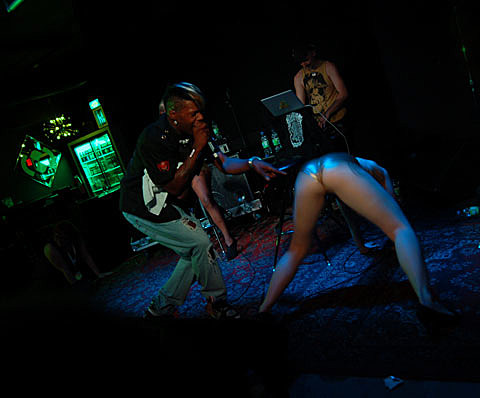 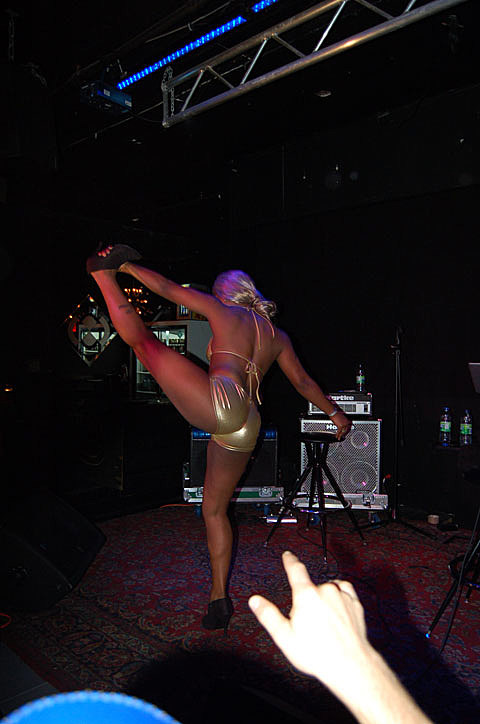 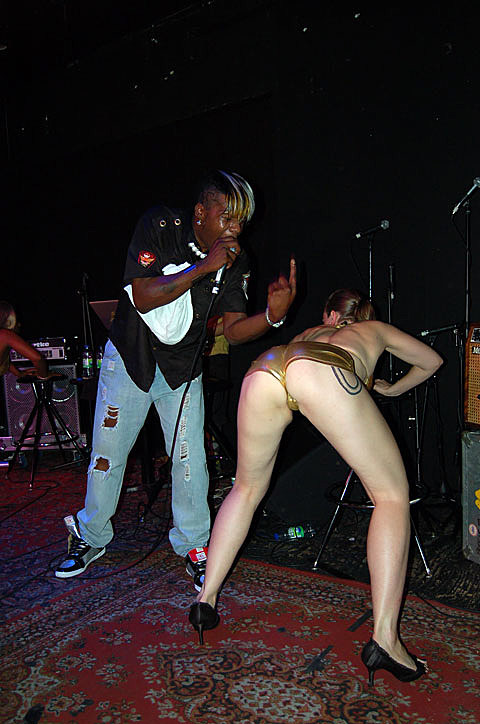 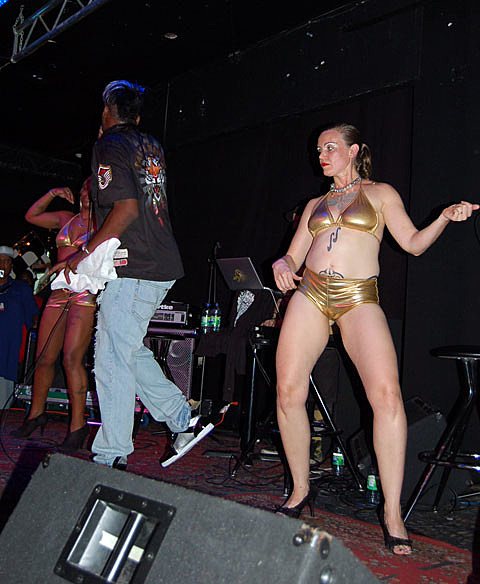 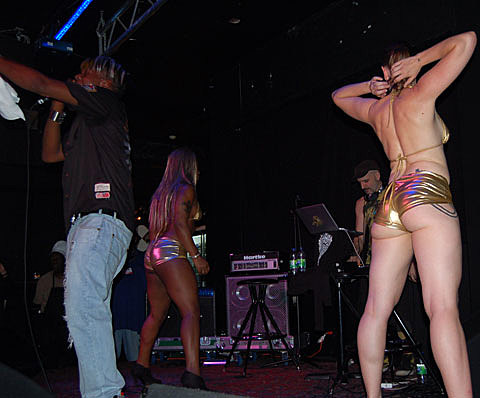 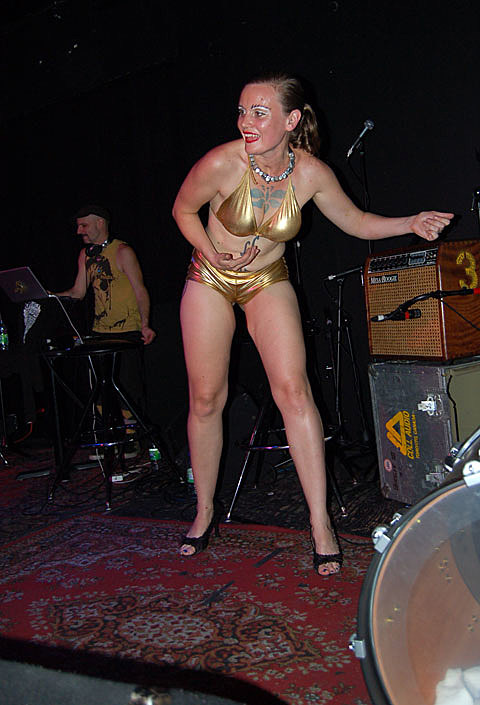 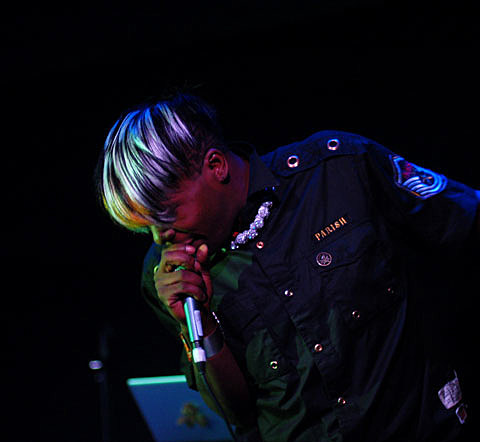 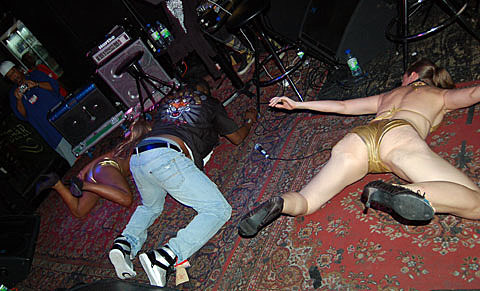 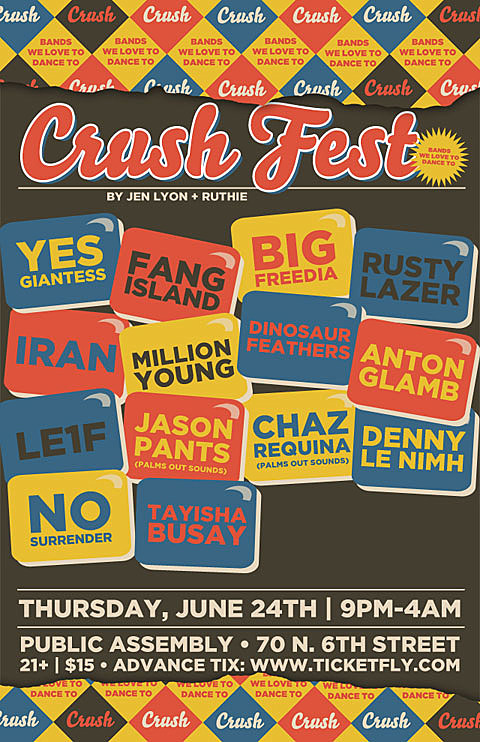