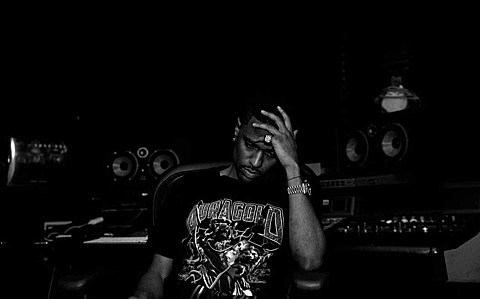 Big Sean's already released a handful of songs from his new album Dark Sky Paradise (due next week via G.O.O.D. Music/Def Jam), and now he's put out two more. One is the full version of his Kanye West collaboration, "All Your Fault," that he put out a 30-second clip of last week. The full version's an even huger song than that clip hinted at. Backed by dark, ornate production from Kanye, his protege Travi$ Scott and others, the song opens with an auto-tuned hook from Kanye that goes into the kind of biting verses he delivered on Yeezus. Then Sean takes over the spotlight, and finally the song ends with the two of them going back and forth. The other song he put out is a bonus track, "Research," a collaboration with his pop star girlfriend Ariana Grande. You can listen to both below.

Sean still hasn't announced a full tour, but more dates keep popping up. He's got an upstate NY show on April 12, and a NJ show April 22 at Starland Ballroom (tix on sale Friday, 2/20, at noon), so hopefully that means a NYC date is coming around that time too. All known dates are listed below.