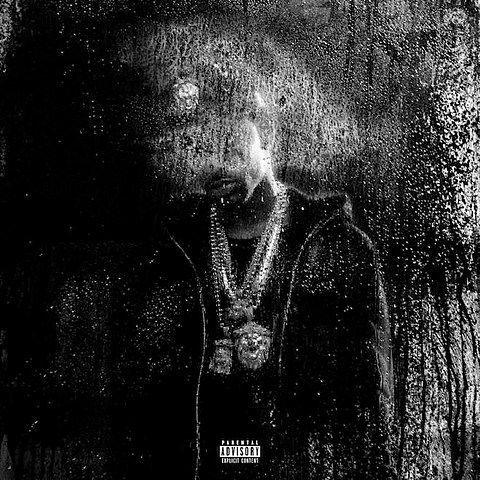 We've already gotten a few tastes of Big Sean's new album, Dark Sky Paradise (due next week, 2/24, via G.O.O.D. Music/Def Jam), and now he's just given us two more songs. One is "One Man Can Change The World," a piano ballad with guest sung vocals from Kanye West (who's also on the great "Blessings" with Drake and the "All Your Fault" clip) and John Legend, as well as the downtempo rap of "Win Some, Lose Some" which features past collaborator Jhene Aiko. Listen to both below, along with a mix of snippets from the album.

UPDATE: Big Sean announced a few dates, including a NYC-area show happening April 22 at Starland Ballroom in NJ. Tickets for that go on sale Friday (2/20) at noon with a presale starting Thursday (2/19) at 9 AM. All currently known dates (more TBA?) are below.

In related news, Kanye collaborator Cashmere Cat (who co-produced Ye's new single "Wolves" that he just debuted at his fashion show and then performed on SNL 40) also just co-produced (with Stargate) the new single for another Kanye collaborator, Ty Dolla $ign. It's called "Drop That Kitty" and has an all-star cast of guest appearances from Charli XCX and Tinashe. They all bring their own personalities to the song: Ty in auto-tuned sung-rap mode, shouty/sassy Charli, and soulful Tinashe. Check it out below.

Cashmere Cat will be on tour soon supporting Ariana Grande, including her MSG shows on 3/20 & 3/21, and headlining his own NYC show on March 21 at Webster Hall. Tickets for that show are still available.

Tinashe is also supporting a bigger star (and Ariana Grande collaborator) on an arena tour, Iggy Azalea, including her Barclays Center show on May 7.

And Charli XCX will return to NYC for Governors Ball, which just announced its daily lineups.

In more related news, Big Sean recently put out his own verse for "Used To" from the new Drake mixtape (and from Lil Wayne's mixtape). You can listen to that below too. Like Kanye and Big Sean, Drake was in NYC this past weekend for a surprise show at Irving Plaza, which he brought Kanye out during. Video of that below.

And speaking of Kanye collaborators, producer Hudson Mohawke tweeted yesterday that he's in the studio with Miguel, so that's something to look forward to.