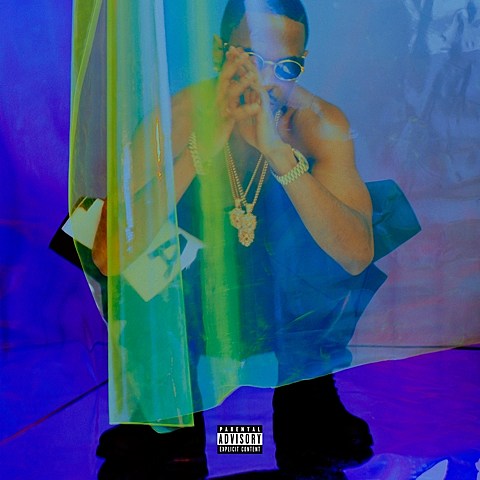 Since his radio-ready debut, rapper Big Sean has released an evolutionary mixtape and has had some memorable guest verses ("Mercy," "Burn," "Show Out," "All Me"), that have set the anticipation pretty high for his sophomore album, Hall of Fame (the one that doesn't feature Kendrick Lamar's murderous verse). Much of the album is void of club hits and instead indebted to the introverted emotional rap of Drake or latter-day Kanye, especially on the recent Jhene Aiko-featuring single, "Beware." It also features guest appearances from Miguel, Nas, Kid Cudi, Young Jeezy, Nicki Minaj, Juicy J, and others.

Hall of Fame isn't due out until next week (8/27), but it sprung a leak yesterday (8/19), and now websites, including Fist In The Air and BLKDMNDS are hosting streams of the leak.

Big Sean is also touring this year, including a run with Tyler, the Creator and Kid Cudi, and a NYC-area appearance in October for Rock the Bells NJ, which also includes Black Hippy, A$AP Mob, Jhene Aiko, Juicy J, J Cole, and more (tickets). Sean and Jhene AIko recently performed "Beware" together on Jimmy Kimmel Live, so maybe there's a chance that will happen again at Rock the Bells? Video of them on Kimmel, below.

He was also supposed to be in NYC this Thursday (8/22) for a conversation at Gramercy Theatre, but that has been canceled.

All upcoming dates are listed, along with the 'Kimmel' video and two music videos from the new album, below...