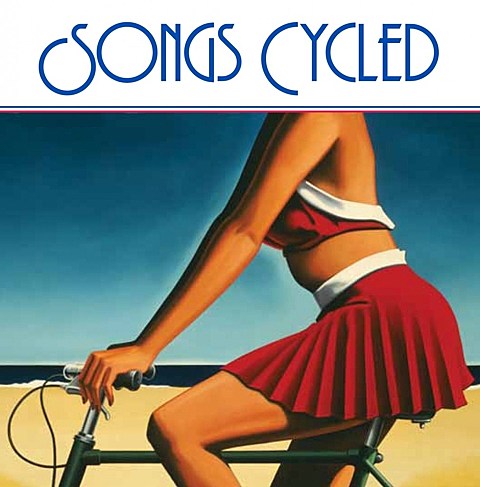 The Henry Miller Memorial Library has done concerts in Big Sur, CA for years, and they're now bringing the celebration over to NYC for Big Sur Brooklyn Bridge, a weeklong festival which goes down from May 12 - 19 in Williamsburg in multiple locations. The festival ends with a concert at Music Hall of Williamsburg on May 19 with modern classical master Philip Glass and baroque pop legend Van Dyke Parks, plus special guests. Tickets for that show go on sale Friday (4/26) at noon.

Other events throughout the festival include a pop-up book store at City Reliquary (right across from Knitting Factory on Metropolitan Ave); literary readings; more music like Jeffrey Lewis collaborator/Holy Modal Rounder Peter Stampfel at Spike Hill on May 15 (tickets); an evening of short film at Videology on May 17; and a UCB-presented comedy show at Knitting Factory on May 18 with Chris Gethard and others (tickets). Full schedule and more details below.

In related news, Van Dyke Parks just reissued his classic album, Song Cycle, and released a new "orchestral fantasy" album, Super Chief, on Record Store Day. He's also releasing a new album with re-imagined versions of old songs and covers, Songs Cycled, on May 6 via Bella Union. You can read Van's statement on the album at Bella Union's site. Stream his re-recording of "Hold Back Time" from his 1995 collaborative album with Brian Wilson, Orange Crate Art, below.

Join us for a celebration of the great hero of sexual, spiritual, and literary freedom who grew up in Williamsburg, Brooklyn. As part of the Big Sur - Brooklyn Bridge Event, we will look at Miller's relationship to a Community of the Free Spirit and the development of Williamsburg and Big Sur. Speakers include:

May 17 (Fri) - An Evening of Short Film with the Big Sur International Short Film Screening Series and the Brooklyn Short Film Festival at Videology, 308 Bedford Ave #1. Since its inception eight years ago, the BSISFSS has screened hundreds of films spanning multiple genres from all over the world.

May 18th (Sat) - The Upright Citizens Brigade Theatre Presents "The Tropic of Laughter." The Upright Citizens Brigade Theatre presents an evening of storytelling and improvisation celebrating the life and work of Henry Miller by some of New York City's funniest performers at the Knitting Factory (361 Metropolitan Ave, Brooklyn, NY 11211). 7 - 11 pm.

First, renowned storytellers and UCBT regulars will share their stories of censorship, sex, obscenity and more. Featuring Chris Gethard (IFC, The Chris Gethard Show), Adam Wade (The Moth), Dave Martin (Nights of Our Lives) and more. It will be fast, it might be dirty, and it will definitely be stream-of-consciousness. Henry Miller would approve. Tickets here.