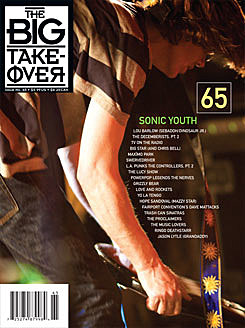 One of NYC most esteemed musical institutions, fanzine-gone-legit The Big Takeover turns 30 this year, and is having a two-day birthday party in Brooklyn at the Bell House on July 30-31. Founder and editor Jack Rabid has put together quite a line-up for this 30th Anniversary Festival, including rare NYC performances from Visqueen, For Against (!), a reformed Flower, Chameleons singer Mark Burgess, onetime Mutton Birds frontman Don McGlashan, Libertines U.S. and Jack's own band Springhouse.

SPRINGHOUSE : playing second LP Postcards From the Arctic start-to-finish for the first time ever; first shows with original lineup in 8 years

PAUL COLLINS (of The Nerves of "Hanging on the Telephone" fame pre-Blondie's cover, and of Paul Collins' Beat)