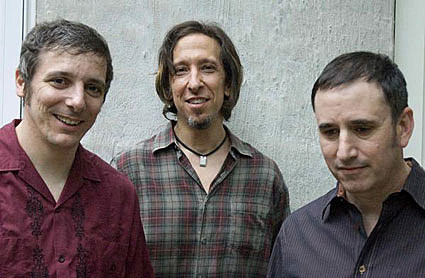 Before blogs, before the internet as we know it, Jack Rabid was writing up all the shows he attended, the records he listened to, and interviewing his favorite bands. Since 1980 he's been publishing The Big Takeover which started as a Xeroxed 'zine but is now a legit glossy mag, thick as a phone book, and even more crammed with reviews and meaty interviews with some of the biggest indie/alt bands and artists on the planet. The passion (and the encyclopedic knowledge of the staff) makes it such an awesome read to this day.

In addition to The Big Takeover, Jack is also a great drummer. Having played in a number of bands over the years (early '80s punks Even Worse, and more recently Last Burning Embers), he might be best known as one-third of '90s-era trio Springhouse. While lumped in with the then UK dreampop scene (Ride, MBV, etc), Springhouse (Mitch Friedland on treated classical acoustic, and bassist Larry Heinemann) was closer to early-'80s groups like The Sound, The Comsat Angels and The Chameleons, the latter of whom they opened for on their 2002 reunion tour.

Springhouse released two very good, if under-heard, albums on Caroline in the '90s and have been slowly working on a third that will finally see the light of day in October. As Jack wrote on Bigtakeover.com:

"From Now to OK, which we've been working on for the better part of 10 years, is finally finished and will be released in October...on limited edition, 550 copies deluxe Bruce Licher-designed letterpress multi-layered foldout CD art package and free internet digital download, Radiohead-style (i.e. pay what you want!). Then we hit the road!"

That tour is a "Big Takeover Presents" triple bill. Headlining are Magnetic Morning (previously known as The Setting Suns), the "supergroup" (my term) of Swervedriver's Adam Franklin, Interpol drummer Sam Fogarino and Jimmy LaValle of the Album Leaf. I saw them at their debut show back in December and despite a then-dearth of material (they've only got a six-song EP out so far, including three versions of one song and a cover) Magnetic Morning had it together, as you'd expect from a group of pros like this. They've been holed away in the studio all summer so I imagine we'll really find out what MM are all about in October.

Opening the Big Takeover tour is Washington DC's Julie Ocean, which is fronted by two veterans of the '90s DC/Arlington indie scene: Jim Spellman was in Velocity Girl and The High-Back Chairs (and is now a producer for CNN where he recently got Tasered on purpose); and Terry Banks was in Tree Fort Angst, The Saturday People and Glo-Worm. Julie Ocean's debut, Long Gone and Nearly There, is ridiculously catchy power pop.

There are only six dates on the Big Takeover Presents tour as of now, including one at Southpaw in Brooklyn on Oct. 21 which is also the opening night of CMJ. Tickets are on sale.

Adam Franklin has also been keeping busy with his old band Swervedriver and Magnetic Morning's dates are part of a much bigger fall tour. All scheduled stops, and a video, are below... 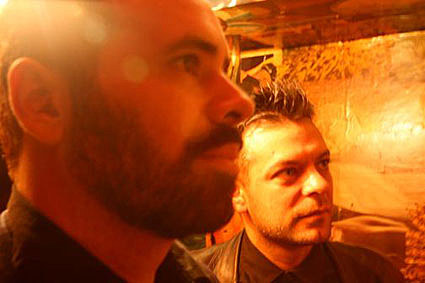