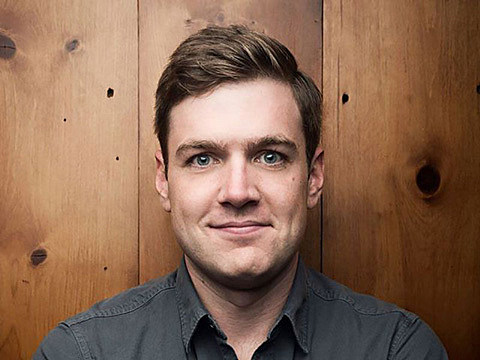 All things must pass, and Max Silvestri's long-running free weekly NYC comedy show, Big Terrific, is coming to an end this month:

After seven years of shows, first at Sound Fix and then Cameo Gallery, we're winding it down at the end of April. It's a bummer, but life is about change! It has been the most fun experience and it's the longest I've ever done something in my entire life. I mean, I moved around a lot as a kid so I never even went to one school for seven years. Also, school sucks!

Gabe Liedman and Jenny Slate and I are going to do a big fancy show and party on Sunday April 26th to really close the door on the whole thing. It'll be at the Warsaw Bar and Lounge in Greenpoint, and the three of us will be joined by the OG Goof Joe Mande. And there will be lots of other surprises and guests too.

Tickets for the Big Terrific finale at Warsaw on 4/26 are on sale now.

There will still be three more Big Terrific's at Cameo on April 8,15 & 22 and Max says for the last two he's going to "put on a ton of my favorite people and they will be good and we will have fun." Those shows are free.

In probably quite related news, Max Silvestri, who used to write Top Chef recaps for Eater, will host a new Bravo culinary competition show, titled Recipe for Deception, and here's how the press release describes it:

It is a battle of secrets and knives in this fast-paced and innovative self-contained cooking competition series where a chef's cunning is almost as important as their culinary skill. In each stand-alone episode host Max Silvestri guides four new chefs through head-to-head elimination rounds in which they are tasked with creating a stunning dish featuring a main ingredient. The twist is that they have no idea what that ingredient is while cooking. Based on the popular parlor game 'Two Truths and a Lie,' competing chefs ask each other three "yes or no" questions to determine what their mystery ingredient is, and their opponent answers strategically with two truthful answers and one outright lie. If you can't stand deceit, get out of the kitchen.

No premiere date for Recipe for Deception so stay tuned. We will miss Big Terrific but wish Max best of luck with this new show.