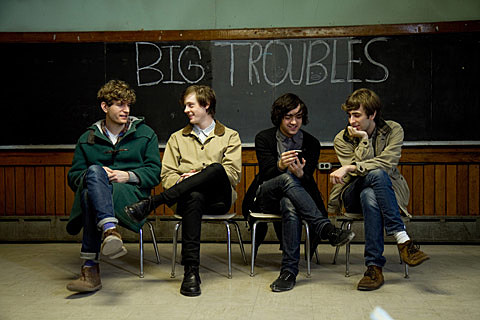 Welcome to the first day of Autumn! The air is crisp, it's a pleasure to be outside...which is where you'll be on your way to the many good show options this week. Where to start...

I guess I should mention R.E.M.'s decision to "call it a day." It's the right thing to do... but I sorta wish it'd happened 13 years ago. The post-Bill Berry records had their good songs, but it was never really R.E.M. to me. But their first decade, few bands were as important and influential. Hopefully they continue to make music on their own (Peter Buck's got like four other bands anyway), and cross our fingers that doesn't mean a Micheal Stipe solo album of "standards."

This leads nicely into this week's first real item:  Big Troubles' record release party tomorrow night (9/22) at Glasslands. Mitch Easter, who produced R.E.M.'s first two albums, was behind the boards for their new album, Romatic Comedy, which is out next week on Slumberland.

Those familiar with Big Troubles' sludgy, shoegazy debut album, Worry, might wonder if it's the same band this time. Working with Let's Active's Mitch Easter (who twiddled knobs on R.E.M.'s first two albums [and Pavement's Brighten the Corners), the band have cleaned up into a sparkling pop band. It's a dramatic transformation, not unlike the one Easter helped make happen with '90s shoegaze band Moose on their debut album, ...XYZ. With crazy catchy song after crazy catchy song, Romantic Comedy is a terrific album. You can download "Misery" at the top of this post.

The rest of the country will get to see them soon, as they're heading out on tour with their Slumberland labelmates The Pains of Being Pure at Heart (who headlined Bowery Ballroom this week) and then later with Real Estate who they play Bowery Ballroom with in November. All 2011 Big Troubles tour dates are at the bottom of this post, along with the video for their single "Sad Girls."

In addition to Big Troubles, their record release party also has  The Ice Choir and Cuffs playing as well, plus Ford & Lopatin on DJ duty.

Cuffs is the new band from former Pants Yell! frontman Andrew Churchman (one of Big Troubles is also in the band). They are at the same time more pure pop than PY! were and also more rockin'. They're good live. 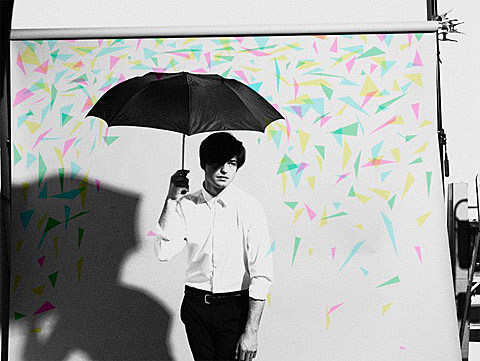 The Ice Choir is the new project from Kurt Feldman who plays drums for Pains of Being Pure at Heart and used to front The Depreciation Guild. It's funky synthpop that sounds an awful lot like...Scritti Politti?! It's true. Listen to the songs on Bandcamp and compare with this. I'm very curious to see what The Ice Choir will be like live. Will Kurt wear a while suit with giant shoulder pads? I hope so. 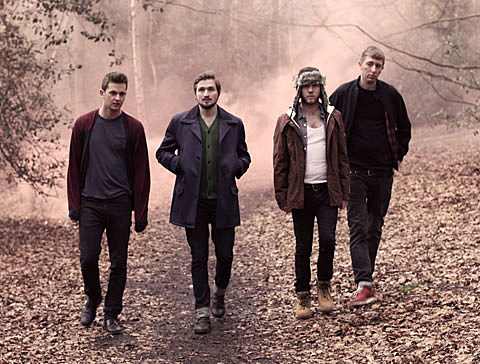 Wild Beasts are back, playing two nights at Music Hall of Williamsburg (Friday 9/23 and Saturday 9/24) with BOBBY opening both shows. The band's third album, Smother, has been a real grower for me and find myself going back to it a lot.  It's definitely a subtler album than Two Dancers  that shows the influence of Talk Talk and The Blue Nile in particular. It's a grower, as they say, and a worthy successor to 2009's best album. Check out "Loop the Loop" at the top of this post and there's a new video for "Bed of Nails" below.

Live, Wild Beasts are truly something to behold,  transcending their records every time (at least every time I've seen them). Sky Larkin's Katie Harkin is back again playing keyboards with the band on this go-round which is an added bonus for some of us. I haven't seen them tour this album yet, so I'm really looking forward to this weekend's shows. All Wild Beasts tour dates are at the bottom of this post.

So Girls' new album, Father, Son, Holy Ghost debuted at #37 on the Billboard which is pretty impressive -- and also means they'll be playing much bigger places next time they roll through town. Their Bowery Ballroom shows this weekend are sold out, natch, but you can try and squeeze into Other Music tonight (9/21) for their free in-store. 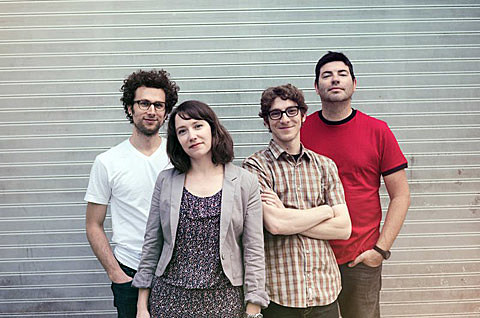 What else? '90s-rocking locals Diehard are set to release their debut album, The Times We Didn't Have Fun, next week and it's a ripper, full of big riffs, bigger choruses, oohs and ahhs, and hooks o' plenty. You can download two tracks from the album at the top of this post. You can listen to the whole shebang at their Bandcamp page.

The band are throwing a record release party this Friday (9/23) at Bruar Falls with likeminded pals Radical Dads, Shark? and Thunderclap also playing. 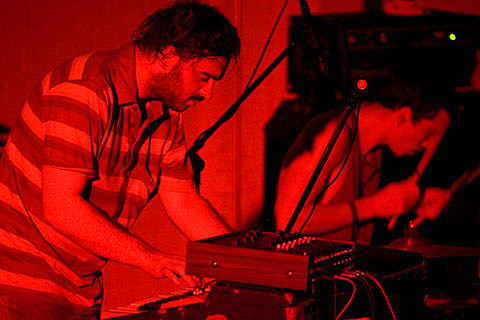 Cave are here this weekend, playing Saturday, September 24 at soon-to-be-closed Live With Animals (with Amen Dunes, K-Holes & PC Worship), and then Sunday, September 25 at Cake Shop. All tour dates are at the bottom of this post.

As I wrote earlier this week, the band's new album  Neverendless finds finds them locking onto a groove and staying with it in the Neu!/Spacemen 3 tradition. You can download the "Adam Roberts" (the album's spaciest cut) at the top of this post and watch the video for the album's chugging, motoroik single, "WUJ," below. 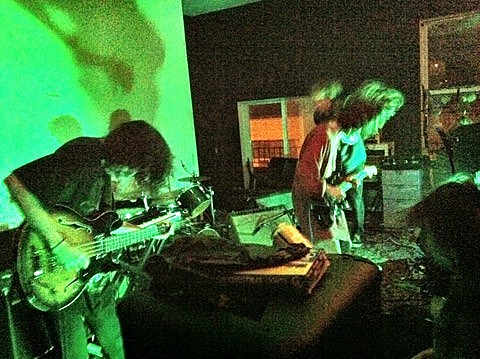 And finally, two bands I wrote about last week -- Dive and Heaven's Gate  (MP3s for both above) -- play again together tomorrow night (9/22) at 285 Kent, with Dustin Wong and Prussia. At the time, I hadn't seen either play live but remedied that last Friday at Shea Stadium. Both bands were very good, but different than I was expecting.

Heaven's Gate are much less shoegazy than their old band Sweetbulbs, with more of a blues-punk vibe (think Cramps or maybe JSBE or early YYYs). But their best songs still have some of that melodic swirl to them.

As for Dive, their recordings are very Beach Fossils-y (frontman Cole Smith is in the band). But live, Dive are a motorik dynamo, very Krautrock at times. There's a lot of flying hair, the band are whirling dervishes on stage. I was impressed. Dive are also playing Pianos earlier Thursday night (9PM) if you want to catch them there.

Here are some more picks, by day, not mentioned above:

Though if you're a '90s indie rock fan, you might instead be seeing Olivia Tremor Control and The Music Tapes at Le Poisson Rouge. OTC's Dusk at Cubist Castle remains a '90s classic. if you can't make it, NPR will be streaming it online.

Or if the '80s is more your thing, Orchestral Manoeuvres in the Dark are at Irving Plaza.

There's also the Hipster Puppies Cassette Release Party at Public Assembly. Music critic and frequent Twitter fighter Chris Weingarten is putting out a mix tape companion to his book which is based on his tumblr. Zs, Dinowalrus, Mountains and Burning Star Core all play sets. More info here.

Beach Fossils play Santos with Caveman who maybe you caught at our free show at Beekman Saturday night (not to be confused with Cave). It's a free show again, and Chairlift will DJ. You do need to RSVP.

McDonalds, Fergus and Geronimo side project Beat People, and Sapphire Mansions are at Death By Audio.

FADER and Village Voice cover stars The Rapture are at Webster Hall with Chain and the Gang. Where's Radio 4 when you need them?

Ivy and Tahiti 80 are at the Gramercy Theater -- their first show in six years.

Mahogany, who really need to follow up 2007's Connectivity! and soon, play Bowery Electric with Brief Candles and Oceanographer.

That's it for this week. Videos, tour dates and flyers are below. 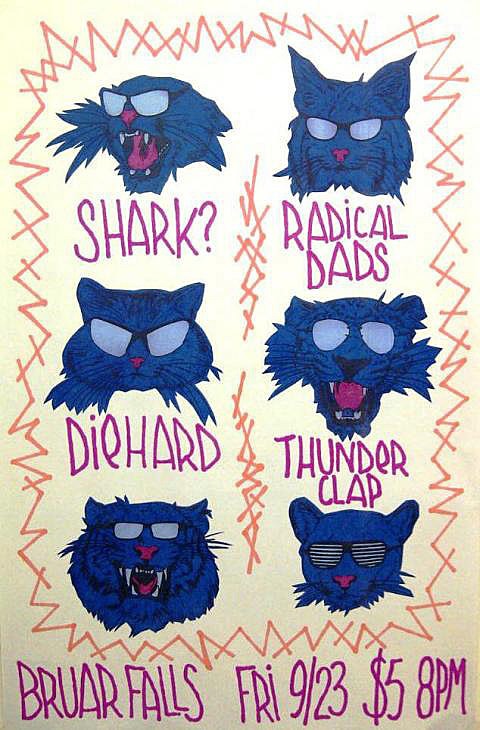 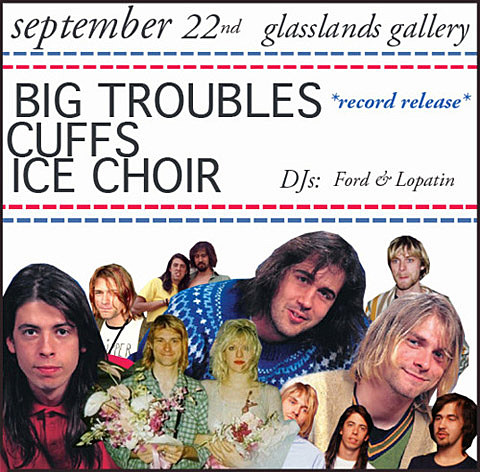 $ with Young Prisms
# with Real Estate