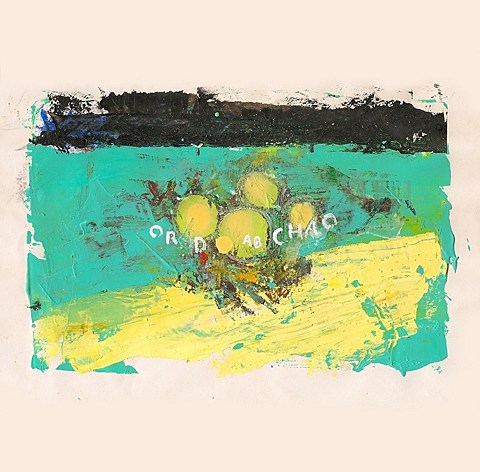 They not only sound but look totally '90s on stage (that singer's half-bleached hair!), and they do the whole post-hardcore thing from that era really well, sounding like some lost Dischord/SST band. The singer is smart aleck-y, angry, and in-your-face while spending more of his time in the crowd than on stage, and the band rock too. They'll switch from real dissonant riffage to classic hardcore whiplash, and find time for the somber moments too. They mentioned on stage that a full length is coming. Be on the lookout for that.

I wrote the above when I caught Big Ups in Brooklyn at Shea Stadium during Northside, the only local band on a four-band bill that also included Nu Sensae, Destruction Unit, and Psychic Blood. That full length they mentioned on stage has since been announced, and the album, titled Eighteen Hours of Static, comes out October 8 via Dead Labour. The album's lead single, "Goes Black," is a great example of the snarled post-hardcore they've become known for at shows and on earlier singles, and you can stream that below. The tracklist is below too, and that's the album artwork above.

Big Ups play a ton of local shows, and they've got two upcoming dates this month (at the moment, at least). The first is a benefit for Restore Rockaway on Rockaway Beach on August 17 at Rippers (Beach 86th St @ the Boardwalk) with a killer local lineup that also includes the punky Sleepies, the noisy EULA, indie rockers Shark?, and hi-octane punks Low Fat Getting High. More info at the Facebook event and flyer below.

Later in the month, they'll play The Studio at Webster Hall on August 31 with two of Boston's better (and louder) bands, Pile and Young Adults, and two punky Brooklyn bands, Weird Womb and Flagland. Tickets for that show are on sale now.

For Pile, that show is one of many upcoming tour dates they have scheduled, including two other NYC shows: Brooklyn Fireproof on October 5 (acoustic show) and Silent Barn on October 19. All of their dates are listed, along with song streams and more, below. 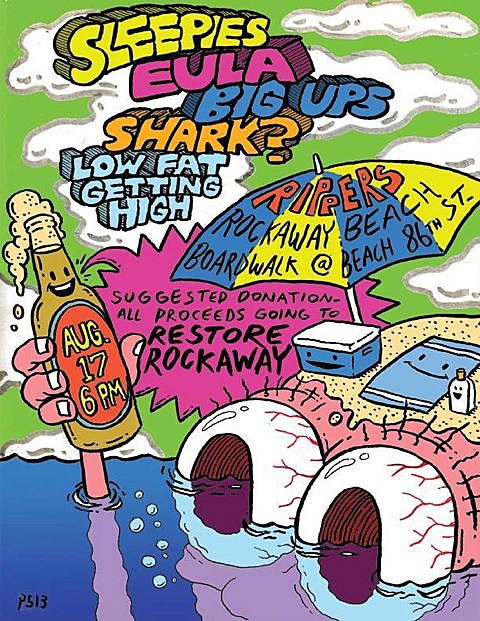