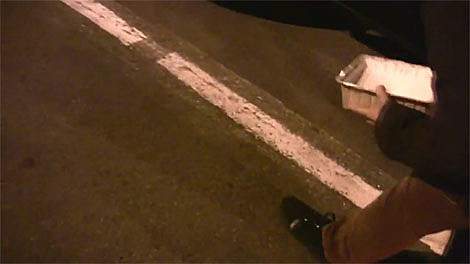 Groups of bicycle-riding vigilantes have been repainting 14 blocks of Williamsburg roadways ever since the city sandblasted their bike lanes away last week at the request of the Hasidic community.

The Hasids, who have long had a huge enclave in the now-artist-haven neighborhood, had complained that the Bedford Avenue bike paths posed both a safety and religious hazard.

Scantily clad hipster cyclists attracted to the Brooklyn neighborhood made it difficult, the Hasids said, to obey religious laws forbidding them from staring at members of the opposite sex in various states of undress. These riders also were disobeying the traffic laws, they complained. [NY Post]