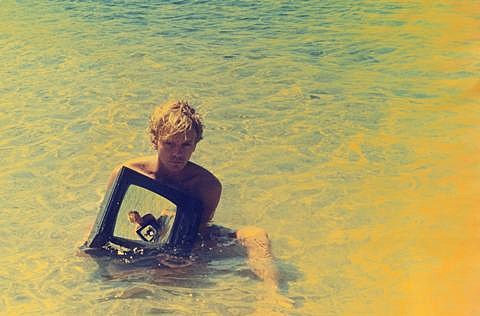 Some of you may remember Sound Team, who caused a mid-'00s music blog stir with their 2006 album, Movie Monster. The Austin band broke up a year later but but bassist Bill Baird kept busy with his Sunset project who have released five albums. He's set to release a new solo album, Spring Break of the Soul, on March 5 via Pau Wau Records. Two years in the making, the 17-track opus is a weird, inventive and frequently catchy-as-hall trip through Baird's creative mind. Plus, an ethereal cover of Christopher Cross' soft rock staple, "Sailing."

You can get taste of Spring Break of the Soul via the album's title track which we've got the premiere of its music video in this post which goes nuts with old-school green screen video effects, all in low-def 480p. You can watch it below.

Baird has a few shows on the horizon, including one here in NYC at Secret Project Robot on February 23 with Ava Luna and Fox/Crane/Bear. He's playing SXSW so look out for him there if you're going. All tour dates are listed below.