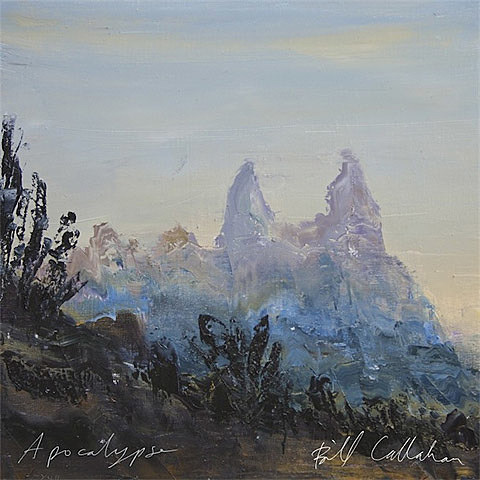 "A couple of years ago," [Bill Callahan] explains, "I realised that I was an entertainer" - he pauses for a moment, as if waiting for an unseen drummer to round off a punchline - "and that helped me immensely. From the first time you can look in the paper and you accept that you're the entertainment for some people that night," he continues, "it becomes so much more enjoyable to play live. Before that I was always wondering, 'What am I?'"

Callahan's moment of clarity has benefited both audience and performer. First, he abandoned the wilfully off-putting stage name Smog (on the characteristically gnomic grounds that "hanging on to it any longer didn't seem healthy"). Then 2009's Sometimes I Wish We Were An Eagle - the second album released under his own name, and one of his most accessible records to date - struck a chord with a wider audience. -[The Guardian]

Entertainer Bill Callahan is welcoming a new LP via Drag City on 4/19. The LP, ominously titled Apocalypse, features "Baby's Breath" which is available for download above/streaming below.

In May Bill kicks off a European tour followed by a tour of the U.S. in June that brings him to NYC for a pair of appearances: Music Hall of Williamsburg on July 11 and Bowery Ballroom on July 12. Tickets for both shows go on AmEx presale Wednesday, 4/6, at noon, and then general sale two days later (Friday, 4/8).

All tour dates and the song stream are below.