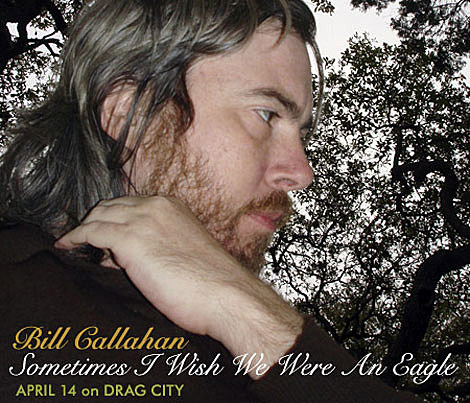 Bill Callahan (of Smog)'s new record, Sometimes I Wish We Were an Eagle will be released April 14th on Drag City. That same week, Callahan will be going on a promotional tour of U.S. record shops, with a NYC show at Other Music on Saturday, April 18th. April 18th, as you might remember, also happens to be Record Store Day. All dates below.

Callahan will also play two more NYC shows this summer, presumably as part of a larger tour (TBA). The first NY show is Saturday, June 13th show at (Le) Poisson Rouge (Tickets are on sale). The next is one night later, Sunday, June 14th at Music Hall of Williamsburg in Brooklyn with Sir Richard Bishop and His Freak Of Araby Ensemble. That show, which is part of the Northside Festival, goes on sale today at noon (and stay tuned for more info on how to get a badge that gets you into all Northside shows).

Bill Callahan's Brooklyn show is the second MHOW Northside announcement. The first was John Vanderslice who is playing our own showcase at the same venue two days earlier. Like CMJ does in October for the whole city, The Northside Festival is acting as an umbrella for most of the shows happening at most of the venues in Williamsburg from June 11-14. Badges will be sold that let you jump from show to show to show (capacity permitting). More details will be announced.

All Bill Callahan tour dates, the new album cover art and tracklist, and a Black Cab Session performance video, below... 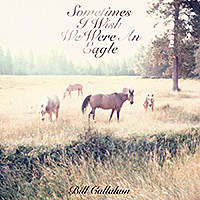 tracklist:
Jim Cain
Eid Ma Clack Shaw
The Wind and The Dove
Rococo Zephyr
Too Many Birds
My Friend
All Thoughts Are Prey To Some Beast
Invocation of Ratiocination
Faith/Void