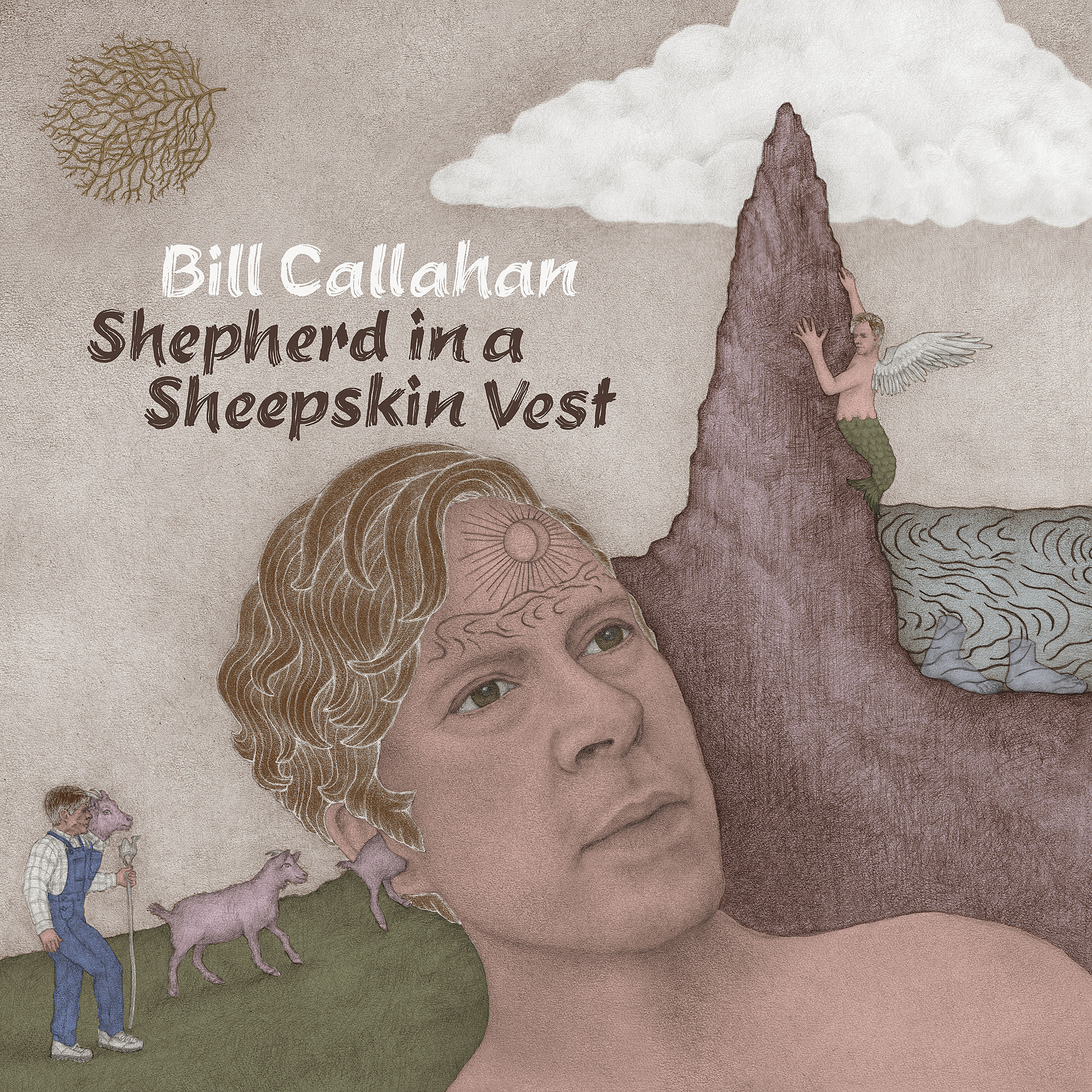 Bill Callahan will release Shepherd in a Sheepskin Vest, his first album in six years, on June 14. It's a 20 song double album and Bill has just shared its whole first side, six songs: "Shepherd’s Welcome," "Black Dog on the Beach", "Angela," "The Ballad of The Hulk," Writing," and "Morning is My Godmother." It's good to have that voice back -- listen below.

You can catch Bill on tour soon, with West Coast dates in June, and Midwest and East Coast dates in July, including NYC-area shows at Brooklyn’s Murmrr Theater on 7/11 (sold-out) and Jersey City’s White Eagle Hall on 7/12 (tickets).