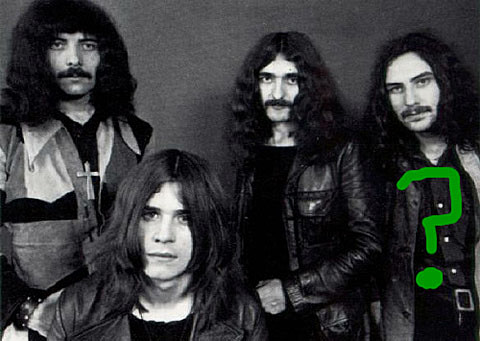 Things got a little worse for the reunited Black Sabbath who are already struggling with Tony Iommi's ongoing battle with lymphoma. The band, who is reportedly working on new material and are scheduled to begin touring in May, received an open letter from original drummer Bill Ward who is unahppy with the band's insistence that he sign an "unreasonable contract" (again). He swears though that his "position is not greed-driven." and that he's "not holding out for a 'big piece' of the action (money) like some kind of blackmail deal." Read it in full below...

At this time, I would love nothing more than to be able to proceed with the BLACK SABBATH album and tour. However, I am unable to continue unless a 'signable' contract is drawn up; a contract that reflects some dignity and respect toward me as an original member of the band.

Several days ago, after nearly a year of trying to negotiate, another 'unsignable' contract was handed to me.

Since the news of Tony's illness, and the understanding that the band would move production to the U.K., I've spent every day getting to or living in a place of readiness to leave. That involves something of a task, and as I've tried to find out what's going on with the U.K. sessions, I've realized that I've been getting 'the cold shoulder' (and, I might add, not for the first time). Feeling somewhat ostracized, my guess is as of today, I will know nothing of what'shappening unless I sign 'the unsignable contract.'

The place I'm in feels lousy and lonely because as much as I want to play and participate, I also have to stand for something and not sign on. If I sign 'as is,' I stand to lose my rights, dignity and respectability as a rock musician.

I believe in freedom and freedom of speech.

I grew up in a hard rock/metal band. We stood for something then, and we played from the heart with honesty and sincerity. I am in the spirit of integrity, far from the corporate malady, I am real and honest, fair and compassionate.

If I'm replaced, I have to face you, the beloved SABBATH fans. I hope you will not hold me responsible for the failure of an original BLACK SABBATH lineup as promoted. Without fault finding, I want to assure everyone that my loyalty to SABBATH is intact.
So here I am. I lay my truth down before you. I'm good to go IF I get a 'signable' contract.

I don't want to let anyone down, especially BLACK SABBATH and all the SABBATH fans. You know I love you. It would be a sad day in rock if this current situation fell to the desires of a few.

My position is not greed-driven. I'm not holding out for a 'big piece' of the action (money) like some kind of blackmail deal. I'd like something that recognizes and is reflective of my contributions to the band, including the reunions that started fourteen years ago.

After the last tour, I vowed to never again sign on to an unreasonable contract. I want a contract that shows some respect to me and my family, a contract that will honor all that I've brought to BLACK SABBATH since its beginning.

That's the story so far.

I love every single one of you." -
[via Blabbermouth]