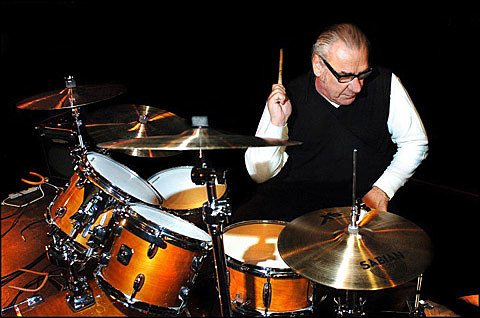 Read the rest of Bill Ward's note below. Hopefully they can come to terms for some later dates. 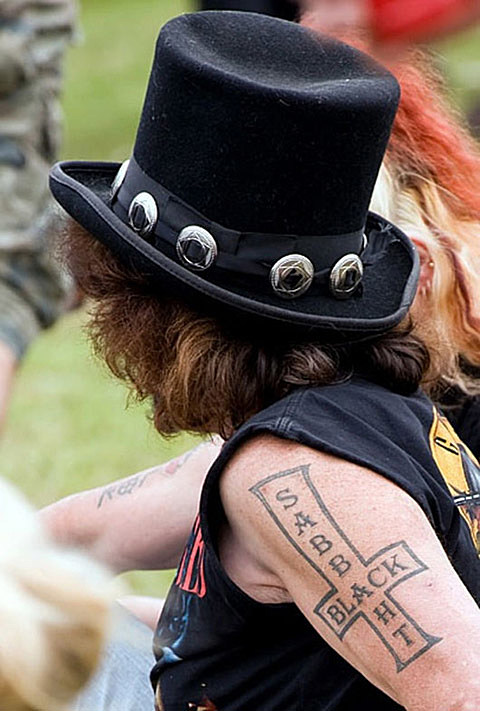 It is with a very sad heart that I bring you this news. I am sincerely passionate in my desire to play with the band, and I'm very, very sorry that it's fallen to this. This statement is even more painstaking to write, as I was particularly excited to play alongside Tony Iommi after the recent treatments he underwent. I wanted that to become a reality.

To express my thoughts about you, the Sabbath fans, I'm going to speak to you all through an experience my brother James had recently. My brother Jimmy lives in the U.K. When speaking with him a couple of days ago, he told me that an acquaintance had stopped him on the street and confronted him, "is your brother playing Birmingham? What's going on? I waited in line with my son and paid x amount for the concert tickets."

The man's son is a young drummer. He's going to see Sabbath, and he wants to see Bill Ward play drums. Upon hearing this news, I felt horrible. I couldn't help feeling some resentment towards the failure to reach an agreement, the failure to remember where we came from, the failure to be as brothers, as we once were. To be clear, I'm not blaming the other guys or finding any faults with them. I would think it can't be easy for them either, but this situation is just really sad. It's sad that it's come to this. "This" will surely leave a mark and be unwelcome to the memory. Hopefully "this" will heal and pass in time.

My heart sank when Jimmy told me about this young boy. I know this boy is going to be disappointed, and I don't know how to amend it, other than to put my arms around the boy and tell him I love him. Sabbath fans have a voice and a face, to me you're human, you have families and despair. You have ferocity and emotions and graciousness, and at this moment as far as I'm concerned you are also that young boy in England. I don't know how to amend my part in these failings other than to put my arms around you and say I love you and let you know I'm very, very sorry.

Throughout this process, which began over a year ago, I have had to stand up for myself time and time again. I have had to stand up for myself and in doing so realize my actions indirectly, although unintentionally, are upsetting and hurting a lot of you. I know in my heart I couldn't have done these concerts by agreeing the terms suggested. I made a solemn vow after the last European and Ozzfest concerts that I would never again enter into what was, in my opinion, a totally unsatisfactory contract. I have to stand for something, and as painful as it is, I'm doing it.

Earlier in April 2012, I'd been asked to participate "minimally" in the Download festival. I believe I'd been offered no more than three songs to play while another drummer presumably played the rest of the show with Black Sabbath. I was not willing to participate in that offer. I was not prepared to watch another drummer play a Sabbath set, while I was to play only three songs.

I found out about the Birmingham gig on Monday, April 30 through the Internet ad. I was taken aback somewhat by the date, and the fact it was Birmingham. Knowing the "signable" contract negotiations were at best in shreds, I was upset by the idea that the band was going to play Birmingham and play it assumedly without me. I had no prior knowledge of the date and location, and I felt totally excluded. We contacted the representative for Black Sabbath to see if something could be worked out. In the meantime my drum crew and I, along with our US endorsers, finished all the necessary planning for a swift departure to the UK. There wasn't a whole lot to complete; we'd all been on standby more or less since mid-January 2012. The remaining work in the UK was confirmed done by our European and UK endorsers and we were good to go by Friday, May 4 2012. There were two stress points: firstly, getting an agreement in place, and secondly, getting to England in a timely manner. Jetlag time was taken into account as well as drum practice, a drum practice room in the heart of Birmingham, accommodation, and travel arrangements were all in place to meet with any band rehearsals that may have transpired before the Birmingham show. So far everything that had been arranged was on my dime, but we didn't move ahead without a realistic confirmation.

Communications between the representative and my lawyer continued through the weekend of May 5 finalizing on Wednesday, May 9. The offer we received on May 9 was, "come to the UK, play for free and see how the first show goes." I was tempted. Playing for free would not have been a problem for me, but "seeing how the first show goes" left an element of risk which could have affected Download. My ideal thought was to play in full the Birmingham show, in full Download, and in full Lollapalooza.

I had notified the representative that May 10 was my cutoff day in order to have good lead-in time for England. On the night of May 9 I asked for a brief letter to be sent to the representative asking to find out if we were at an end. On the morning of Thursday, May 10, I received a reply in the affirmative. After consulting with my advisors and crew a decision was made to let go and stop.

I can't prioritize the Sabbath fans making one show more important than the other. I can't do that. All of you are important. It's all the gigs or none at all. I can't come to Birmingham and "see what happens" knowing there is a risk of not being able to play Download or Lollapalooza. Again, for me, it's all or nothing. I had to say "no" to Birmingham on the principle of wanting to play all the shows. Saying no to Birmingham is very difficult for me. My family grew up in Birmingham. Black Sabbath grew up in Birmingham. It's still my hometown and I resent having to arrive at such a difficult choice.

Although the statement was made that, "the door is always open" for me, as explained above, walking through that door is not always as easy as it sounds. There are many complicated issues and unseen and unspoken agendas on hand. I can assure you, my criteria for a "signable" contract is based in mindful principles, respectability, and acknowledgement of my history within the band.

I hold no malice or resentment towards the other band members. I love them; I'm tolerant of them; I'm frustrated with them, as they may be with me. My fight has never been with them. I'll love them forever. In my opinion, nobody wins this time; the band doesn't win; the fans for an original lineup don't win. Nobody wins, nobody. Even the ones who thought they did.

I didn't want to make this decision, but I have to be honest and transparent. This is the statement I didn't want to write; it's the last thing I wanted to do. But, I have written it, and now it can go into the universe.

Since Spring of 2011, I've waited patiently and hopefully for a signable contract, you know the rest. I stand for the boy in the U.K., for the coming drum student, for all the drummers, who write their parts out and get stiffed on the publishing, I stand with the Sabbath fans chanting "Bill Ward" and asking "why?" and I stand with Tony and Geezer and Ozzy.

On a final note, even though I'm at an end with the upcoming announced concerts, I will remain with an open mind and a position of willingness to negotiate "signable" terms with Sabbath's representatives in the future.

With all my heart and strength, I love you,
Bill Ward